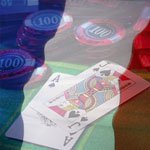 Curious cases may be found at the intersection of medical and gambling news, as the case of a French compulsive gambler attests.

A resident of the northern French town of Pays de Caux named only as Brigitte has been suing her former neurologist, blaming him for her gambling addiction.

France gambling laws allow hundreds of brick-and-mortar casinos to operate across the country, and apparently this particular player visited nearly all of those in her region.

The 54-year-old lady would play bingo, slots and blackjack and managed to exhaust all her credit lines in the process.

In fact, she managed to accumulate a gambling debt of more than EUR 180,000 since the start of her therapy in April 2008, when the doctor prescribed her Sifrol (a European brand name for Pramipexole) to treat her Restless Legs Syndrome.

The medication, mainly used to treat Parkinson’s, has numerous side effects, just as all drugs do. Brigitte’s lawyer claims that her neurologist had not taken the necessary precautions in informing his client about the possible side effects. This meant that she could not recognize her newfound enthusiasm for casinos as a symptom of a possible side effect, and thus did not consult her doctor about it.

This wouldn’t be the first case of erratic behavior caused by Sifrol, which has also been blamed for hypersexual behavior. Although these symptoms used to be considered rare and obscure side effects, health warnings now warn of such possibilities more prominently – in part as result of these cases.

The US National Library of Medicine informs patients and doctors that “some people who have used this medicine had unusual changes in their behavior, such as having problems with gambling, increased sex drive, or compulsive eating.”

The case before court is expected to be a protracted one, with both sides fighting to determine the exact extent to which years of unchecked gambling and racking up hundreds of thousands of Euros in debt may be attributed to a drug’s side effects.