Gold for glory: the Danish handball team at the Rio Olympics writes history 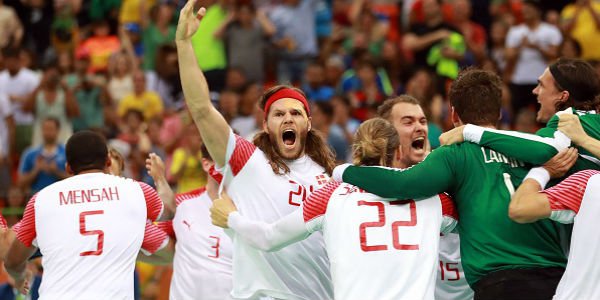 The Danish handball team at the Rio Olympics succeeded to defeat the favorites France and conquer the Olympic handball throne.

The handball fans all over the world certainly would claim that one of the most memorable finals on the world championships has been played in Sweden in 2011, when France defeated Denmark and continued their reigning era started two years earlier in Croatia. In 2014 they played another final, the European, which was an absolute disappointment for the neutral fans, brining again a victory for France but this time without any uncertainty. The Rio Olympic 2016 are new page in the history of the finals between these two teams. In their first ever Olympic final, Denmark dethrones France and wins the Olympic gold!

Before the start of the Olympic tournament the Danish handball team was certainly considered by many to be among the top favorites for the gold. Online sportsbooks in Australia such as Sportsbet ranked the Danish team as second favorite right behind the mighty French team. Same situation was with other world’s most prominent sportsbooks such as Bet365 or NetBet. Yet their games in the group phase did not show much of this “champion’s march” towards the Olympic title.

They lost both of the clashes with European handball teams in their group and managed to pass through due to the victories against Argentina and Tunisia as well as the pretty difficult one against Qatar with 25-26. Add to this the unpopular history they had on the Olympic tournaments, according to which the Danish team, beside the European Championship titles has never won an Olympic medal, then seems that not much could have been expected from this boys. Yet, they turned out to be stronger than any tradition.

Denmark shows its other face in the knock out phase

The quarterfinal was a surprisingly easy job for Denmark, winning over Slovenia with 37-30. As internet betting sites in Germany stress, Gudmundsson’s team improved the game on every level. They strengthened the defense with the brothers Toft Hansen in the middle and the attack was perfectly coordinated between amazing Morten Olsen and the always fabulous Mikkel Hansen.The next challenge was Duyshebaev’s Poland defeated in a fantastic match with only one goal difference. Suddenly everything seemed that the Danish team will repeat the 2012 EURO story. When after being on threat to lose the match against Lazarov’s Macedonia and go home from the Euro, Denmark in what was a “miraculous” last seconds won the duel, and not just passed further in the competition but won the European title. It was this story and not the classical Olympic one was the we saw from the Danish team yesterday.

Denmark in the Olympic final

The last destination was France: the Olympic champions from 2008 and 2012, eager to win their third consecutive title and definitely appropriate the predicate “un-defeatable”. However, Mikkel Hansen and Co. had a different plan. With amazing second half in which the French team was even 5 goals behind the Danes, Denmark defeated France and won the first Olympic golden medal in their history.

• The French attack lacked creativity in the second half

• The team play by the Danes brings them the gold

The first half passed in an even struggle in which none of the teams could make a bigger difference. The collective game of the French was opposed by the super precise Hansen who maintained Denmark in the game in the first half. Yet, the beginning of the second brought Denmark on top. Several 2 minutes punishments in the French team as well the saves by Landin and the goals of Sondergaard and Olsen brought Denmark on 3 goals difference from the French team: difference that the French couldn’t overcome until the end of the match. The closest they could do was to come on 26:24 in the minute 55, but the lack of effectiveness didn’t allow them to do much. The gold was already on its way to Copenhagen!


Mikkel Hansen: the superstar finally on the Olympic throne

On this tournament Mikkel Hansen proved once again that he is the best handball world player at the moment and leader of this Danish generation. His spectacular games were crucial for the success of Denmark in every respect and the MVP award in the end of the Olympic tournament could definitely not go in better hands than his. The rest of the All-Star team of the Olympic Tournament could also easily be guessed by handball fans or all of you who bet on sports in Brazil: Niklas Landin and Lasse Svan Hansen from Denmark, the French Nikola Karabatic, Cederic Sorhaindo and Valentin Porte, and the German left wing Uwe Gensheimer. Top scorer of the tournament was Karol Bielecki from Poland.