What Are the Greatest Messi Moments in Barca? 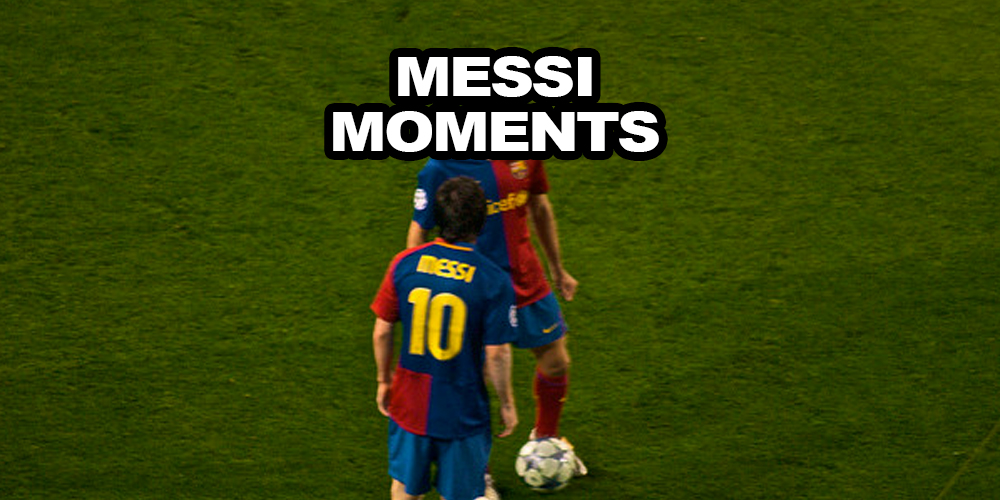 There are plenty of the greatest Messi moments in Barca you will never forget. The forward of the club gathered dozens of victories and record-breaking achievements during his 16-years career in Spain. Though it was difficult, we collected the top-5 most memorable facts that looked the most amazing.

In October 2004, a 17-years-old Lionel Messi joined the senior squad of the Spanish FC Barcelona. This date gave rise to the best player in the world nowadays. While playing in Europe, the forward won a lot of trophies and broke many records. GamingZion and gambling sites in Argentina collected the greatest Messi moments in Barca in the top-5. Obviously, not all of Leo’s achievements entered the list as there are too many of them. However, we think that these facts are the most inspiring for fans and enviable for haters.

Leo Messi scored the most goals for Barcelona

Unsurprisingly, Leo Messi is the best goalscorer of the Catalan club of all time. However, the forward doesn’t simply top the list: he holds an undeniable record that can hardly be beaten soon. By now, Messi scored 627 goals for Barcelona, which is 395 goals more than the runner up has! Yes, the second-highest scorer in the club, Cesar Rodrigues, can boast with 232 goals only, while the bronze holder Laszlo Kubala – with 194. The other active Barca player on the list is Luis Suarez with 167 goals.

Interestingly, Messi scored his 600th career goal in a memorable Barcelona-Liverpool match during the Champions League. His club won 3-0 at Camp Nou, but later lost 4-0 in England and lost the chance to take the cup in 2019.

Appearances are among the greatest Messi moments in Barca

Although Messi doesn’t hold the record with the most appearances for Barcelona, reaching it is just a question of time. The player played in 718 matches for the Spanish FC, which is the best result among active players and the second-highest overall. The leader on the list is Xavi, who retired from Barca in 2015 with a record of 767 appearances. Bet365 Sportsbook and we have no doubt that Messi will break his record as soon as football competitions are on again. Leo is not going to retire in the near future and isn’t likely to leave Barca despite all rumors.

Messi was more effective than Ronaldo in Spain

Nowadays the football community is divided into two teams: Team Ronaldo and Team Messi. Although it is difficult to deny Cristiano’s achievements and hard work, we have bad news for his fans. Apparently, Messi outruns Ronaldo by many factors and the most crucial of them is effectiveness on the field.

While speaking about Messi’s 600th goal, we didn’t mention that he needed 683 games to reach this mark. Ronaldo hit the same mark earlier, but it took 799 matches for the Portuguese to do so. Also, there is a perfect overall statistics covering all Messi-Ronaldo achievements in 2010-2018. According to it, the Barca forward has more caps, goals, and assists in all club competitions. He also scored more goals in La Liga (329 vs 311) as well as in Copa Del Rey and UEFA Super Cup. Ronaldo leads only by scoring more goals in the Champions League (85 vs 103).

What else can we add to this fact? Messi is the only football player in the world with six Ballon d’Or awards. The Argentinian footballer has shared the previous record of 5 Ballon d’Or with Ronaldo, but the 2019 ceremony changed it all. Lionel outran his eternal rival and Liverpool star Virgil van Dijk by taking home the 6th prize.

Messi won his first Ballon d’Or in 2009 and took the other 3 awards in three consecutive years. He was awarded the 5th time in 2015 with the following victory last year. In addition to this, Messi is the player with the most European Golden Boot awards. This prize is given to the best goalscorer of the season and Leo is the most-awarded footballer of all time. Online sportsbooks in Argentina bet on time when Messi can win the major trophy of his life aka Copa America with his national team.

Beautiful goals are the greatest Messi moments in Barca

The last thing on the shortened list of the greatest Messi moments in Barca is his beautiful goals. As we have already mentioned, Messi scored the most goals for the Catalans and here are the most impressive of them:

We are all waiting for football to come back to witness more amazing goals from Messi. Meanwhile, there is a possibility to follow the only ongoing Premier League in Belarus to stay tuned to sports.