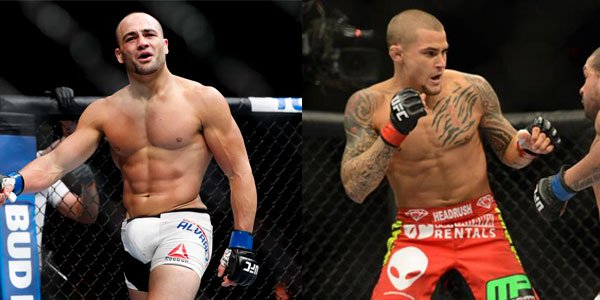 A major fight card will take place on May 13th, and members of Paddy Power now have access to a wide range of amazing UFC 211 undercard bets.

UFC 211 is one of the biggest fight cards of the year. Heavyweights Stipe Miocic and Junior Dos Santos will be facing off for the heavyweight championship, and Joanna Jedrzejczyk and Jessica Andrade will be fighting it out for the strawweight title.

Before these two fights go down, a number of intriguing matchups will be taking place on the undercard. Fans of MMA in the UK have access to a full list of betting odds for these bouts, so let’s take a look at some of the best wagers available right now.

Headlining the UFC 211 prelims is an important matchup between two of the lightweight division’s best fighters. Eddie Alvarez is coming off a devastating KO loss to Conor McGregor in November, while Dustin Poirier is looking to earn his second straight win after a hard-fought victory over Jim Miller.

Eddie Alvarez made UK gambling news in July of 2016 with an upset KO victory over Rafael Dos Anjos to win the 155 title. He was immediately matched up with McGregor, but was soundly defeated in less than two rounds. At the moment his odds to win are set at 9/10.

Dustin Poirier also fell to McGregor during his UFC run, but managed to rack up four straight victories after making the move to lightweight. He suffered a major setback to Michael Johnson in September, although he again bounced back with the aforementioned win over Jim Miller. This fight is one of the best UFC 211 undercard bets available today, as Poirier also has Paddy Power odds of 9/10 to get the victory.

Two of the featherweight division’s toughest wrestlers will also be facing off on the UFC 211 prelims. Chas Skelly and Jason Knight have both been moving up the rankings and may earn a spot in the UFC’s top 15 with a victory here.

Chas Skelly has won 2 straight fights by submission, and trains out of one of the most respected MMA gyms in the US. He’s a grinder, and is entering this fight as the slight favorite with odds of 4/5. Jason Knight has looked phenomenal as of late with a recent submission win over Alex Caceres. At just 24 years of age, he’s one of the brightest prospects in the UFC, but is the slight underdog according to most online sportsbooks in the UK with Even odds to win.

To find a full list of odds for the upcoming UFC 211 undercard bets, make sure to head to Paddy Power. Check out all the available MMA odds here, and tell us who you think wins the two fights we listed in the comment section below!