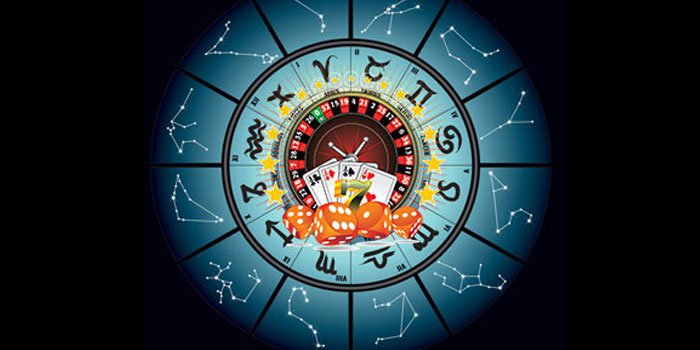 A quick glance at the stars tells us everything we need to know about our future so let’s take a look what they have waiting for us in the coming week.

Aries Butch Cassidy and the Sundance Kid might have hidden away at Hole-In-The-Wall but this week it’ll be you that will wish they had a hide-out no one can find as being scarce is definitely a good idea. It’s not that there’s trouble at the gates, but more that this will be a time of flux for those close to you and the knock on effects could be uncomfortable in the short term. With luck it will all blow over by the weekend. With luck. Your lucky Chinese made twin jet narrow body airliner is the Comac C919.

Taurus Katherine Hepburn may well have shot the rapids in “The African Queen” with Humphrey Bogart but this week it’ll be you that feels they’re struggling to stay afloat and if at times it feels you’re drowning grab onto something quick. Don’t worry, you’ve the perfect horoscope for gambling so chances are when the chips are down your instincts won’t fail you whether at work, at home or picking winners at Bet365. Your lucky minor god of uncertain function from Akkadian mythology is Hayasum.

Gemini Ian McKellen may well have played Gandalf in the Lord of the Rings movies but this week it’ll be you that needs to perform a little magic, if only for a quiet life. Pulling off the seemingly impossible might be a tall order but with the right planning and preparation you could just do it, and since the alternative is unthinkable you’re going to have to try anyway. Your weekend should be fun packed make sure you’re not too tired to enjoy it. Your lucky contemporary Berlin based artist is Simon Denny.

Cancer Khloe Kardashian may well have a higher media presence than you but truth be told you won’t mind the spotlight being elsewhere this week as it’ll give you far more time to do that which needs to be done. There’ll be some useful information to file away midweek and by Friday afternoon you should have gained a far better idea of just how bright the future can be, especially if one doesn’t mind going unsung if amply rewarded. Your lucky meromictic expanse of water is Sunfish Lake, Ontario, Canada.

Leo Louis Armstrong may well have sung about a Wonderful World and this week you may well believe he’s right on the money as you seem to fair bust with energy and if its properly directed you should have a very successful and productive few days. There will be a bit of a flap on Friday but nothing you can’t fend off at least until after the weekend and that’ll be useful because the weekend is set to be riot. Your lucky actor and comedian from South Africa is Bill Flynn who played Tjokkie.

Virgo Linda Gray may well have handled her fair share of drama in Dallas but this week it’ll be you that finds themselves having to weather the stormy social seas as around you a small war breaks out. The less you get involved the faster it’ll be over, however tempting it might be to bash heads together, and despite you having the perfect horoscope for betting, bet on winners at Bet365, not your ability to solve other people’s problems. Your lucky Elmer Fudd cartoon from Warner Bros is “What’s my Lion?”

Libra Michael Douglas may well have found his prize in Romancing the Stone but this week it’ll be you that makes great strides towards what you’ve been hankering after. It may not seem that your final goal is getting closer but this week will lay much of the groundwork you need to achieve your dreams. You’ll need to be a little sharp with someone close to you on the weekend, try not to over egg what should be a very brief retort. Your lucky Telugu poet is Janamanchi Seshadri Sarma of Cuddapah.

Scorpio Petula Clark may well have sung the praises of Downtown but this week the bright lights may hold little attraction for you as there’s plenty to be getting on with and right now you’ve the desire to get things done and dusted. There’ll be plenty of time to be social on the weekend so if you have to disappoint before then, don’t worry, you can make up for it later and you’ll probably be in the right mood to relax by then. Your lucky book by Donald Trump is “The America We Deserve” from 2000.

Sagittarius Emmanuel Macron may have won a massive victory in the French Presidential Election but this week you’ll be the winner as having one of the most lucky zodiac signs seems to give you the Midas touch. If you don’t push it too far, too fast, this could well be your week and whether it’s getting stuff sorted out at work or picking winners at Bet365 everything you do is tinged with inevitable success, so take the risk and then the reward. Your lucky army is the Euzko Gudarostea of Spain.

Capricorn Susannah York may well have survived WWII in the TV miniseries We’ll Meet Again but this week it’ll be you that feels things are becoming a tad episodic. Another day another crisis is becoming tiresome and you may just begin to see a way of avoiding the peak-trough repetition, however just how you go about achieving that without ruffling feathers will be the real trick and one you may need patience to learn. Your lucky subway stop is Takaracho Station in Chuo, Tokyo, Japan.

Aquarius Matt Groening may well have created The Simpsons but this week it’ll be you that achieves something iconic in the eyes of their peers. Don’t be surprised if you’re far less inclined to celebrate being so memorable, but we all have our five minutes of fame and these could well be some of yours. There will be a surprise of another sort toward the end of the week which will put a new complexion on the weekend and your plans for it. Your lucky football coach is Eduard Momotov from Uzbekistan.

Pisces Rihanna may well have fought off an alien invasion in Battleship but this week it’ll be you that finds themselves a little outnumbered and outgunned. Try not to panic, a little fast footwork and you should find yourself on firmer and more equal footing by midweek with your eventual domination of the situation rolling around before the weekend. Don’t make plans for you weekend, it just isn’t going to go down like that, promise. Your lucky Jurist and law professor at Oxford is William Martin Geldart.