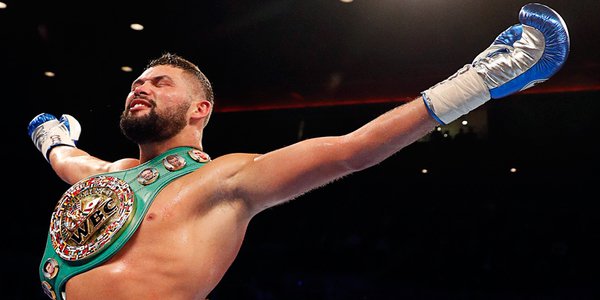 A number of major fights will still be scheduled to take place this year. In this article we’ll take a look at a few of the best boxing underdogs to bet on before 2017 ends.

2017 has been perhaps the best year in the recent history of professional boxing. There were a number of major fights that helped the elevate the sport to new levels, and a number of other big fights are still scheduled to take place before the end of the year.

Let’s take a look at a few of these major fights, and discuss why a bet on the underdogs in these bouts may be worth the risk.

Bulgarian boxer Kubrat Pulev has risen up the ranks over the past several years to earn his shot against the top boxer on the planet, Anthony Joshua. Nearly all online sportsbooks in the UK list him as the biggest underdog for the rest of the year, and not many boxing betting experts are predicting he’ll get the win.

Of course, anything is possible in boxing and Pulev is an extremely talented fighter with a record of 25 wins and just one loss. He’s riding a five fight win streak heading into this bout including a major win against Derek Chisora back in May of 2016.

So why is Pulev one of the best boxing underdogs to bet on? For one, a bet on him would offer a massive cash reward. NetBet Sportsbook lists his odds to beat Joshua at 14.25, which are likely the most drastic odds you’ll find this year. He’s a power puncher and is known for his durability, which could mean he earns the victory over Joshua at the end of this month.

Arguably the best fight of the past decade in terms of talent will take place on December 9th when Vasyl Lomachenko and Guillermo Rigondeaux face off for the WBO junior lightweight championship.

While both fighters have incredible amateur backgrounds and tremendous records in the pros, Rigondeaux is entering as the significant long-shot to win, and is now one of the best boxing underdogs to bet on this year.

According to Freddie Roach, Rigondeaux is one of the most talented boxers in the world, and many fans feel he’ll get the win when he taken on Lomachenko. He’s a big underdog with current odds of 4.25 according to NetBet Sportsbook, but definitely worth a wager on this year.

David Haye and Tony Bellew will reportedly fight each other in a rematch at the end of this year. The first fight was marred by an ankle injury to Haye, and some analysts feel Bellew’s victory was undeserved.

Tony Bellew shocked the world and made UK gambling news
with the victory in the first fight. In fairness to Tony, he managed to win many of the early rounds in the first fight and may very well have won regardless of whether or not Haye suffered the injury.

Bellew is somewhat undersized for the weight class, but he’s a tremendously skilled boxer with an incredible chin. At the moment, Bellew’s odds to beat Haye are set at 2.90, which makes him a solid underdog option to look at.

To find more of the best boxing underdogs to bet on this year, make sure to head to NetBet Sportsbook. Here you’ll find a complete list of 2017 boxing betting odds!