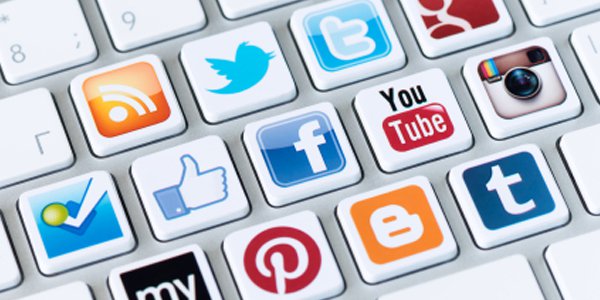 New York gamblers are demanding that state officials legalize online play, using Twitter and Facebook to get the message through.

The first postings appeared on social media a few weeks ago, saying some folks are allowed to play online poker in the US then New Yorkers should be able to do the same. The posts were referring mostly to residents of New Jersey, who have had access to both online casinos and internet poker for almost a year now.

Legal online poker sites in the US state of New Jersey include:

The whole thing escalated quickly, from a few social media posts to an entire campaign called “Let NY Play”. And while the campaign is still going on, most people have a clue where it all began or who started it. In fact, few of them care, as the main goal is to get NY gamblers what they want: online poker sites.

But for those interested to find out more about the social media push to legalize internet gambling in New York, it recently turned out that the whole thing emanated right from the headquarters of MGM Resorts International, one of the world’s largest casino companies.

Last year, MGM has reported close to $10 billion in sales and revenue. It doesn’t have a casino in New York and is not even among those hoping to get their hands on one of the four licenses currently on offer in the state.

However, the company is well known for its campaigns to convince politicians to change the current American gambling laws and allow online casino games.

The developer has lobbied in Albany to support a local initiative which aimed to legalize internet poker. As main sponsor of that proposal, Republican State Senator John J. Bonacic, whose district includes Catskills, argued that the newly-opened internet poker sites would help increase the state’s revenue.

The politician told MGM that getting the new regulations approved would take a while, and the company said tax revenue would be modest at the beginning, but it looks like Albany is off to a good start.

The Las Vegas-based casino developer commissioned a study that found New York residents spend as much as $110 million on illegal online poker sites. The state could benefit around $50 to $80 million per year in tax revenue, if those players were to turn to legitimate internet gambling sites. The local government could also bring in an additional $80 million simply from selling licenses to casino operators.

Supporters of the gambling industry point at New Jersey’s online casino sites, which went live in November last year when the state joined Nevada and Delaware in legalizing internet gambling. The state’s new gambling legislation made it legal for Atlantic City operators to start taking bets on a number of casino games, including poker.

Last year, Governor Chris Christie projected that the state’s online gambling industry would generate $150 million in additional taxes in its first year. Unfortunately, online casinos turned out to be less popular than officials expected, and have so far generated an average of about $10 million a month.

Alan Feldman, an executive vice president of MGM said: “It’s been a little bit slower to start than some had expected. But we think over time it’s going to be exactly what they did expect and more.”

Online poker, the “most acceptable”

While the company has no presence in the internet gambling industry, MGM has been among the biggest supporters of online casinos. But the developer owns half of the Borgata casino in Atlantic City, which has one of the most popular American poker rooms and also runs an online gambling site. According to Feldman, MGM is considering associating its name with a virtual casino in New Jersey, but for now the company is now trying to gather support to bring online poker to New York.

“The reality is that poker is the one whose business model is already established and the one that would be the most acceptable and appropriate, certainly from a political point of view,” Feldman added.

Of course, not all operators agree that internet gambling should be legal in the US. Billionaire casino mogul Sheldon Adelson, chairman of Las Vegas Sands, has been lobbying for the exact opposite cause: banning online gambling sites in the US altogether.

While Sheldon sees the Internet as the land-based casino industry’s arch enemy, Feldman prefers to look at things more realistically. The Internet “is here, and it’s been here for a very long time,” he said, pointing out that studies show Americans use websites to gamble even though they’re not regulated in most parts of the country.

Although the campaign has drawn a large number of supporters, a social media movement is hardly enough to support the legalization of online poker in New York.

Democratic assemblyman J. Gary Pretlow, who also sponsored a companion bill to Senator Bonacic’s legislation, said he has no intention of considering the issue for now. Although he heard “from one citizen in favor of online poker”, he will only be looking into the issue more closely after the state’s land-based casino licenses are sorted out.

By Monday night, the Let NY Play feed on Twitter had gathered almost 350 followers, while the campaign’s Facebook page had 4,948 likes. By the time authorities are done awarding the licenses, the movement will have even more supporters.