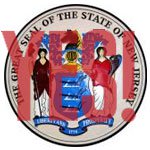 New Jersey residents had their say on the legalization of sports betting via a statewide referendum held on November 8, read more in our (New Jersey to Hold Referendum to Legalize Sports Betting in the State) article.

The unofficial results of the referendum are now in, with a decisive 66 percent support of the measure and a 34 percent opposition. This puts New Jersey in a unique position to become one of the first states to allow intrastate online sportsbooks in United States.

One more obstacle however still stands in the way – the 900 pound gorilla called the Federal Professional and Amateur Sports Protection Act (PASPA), which in the current political climate will have almost no chance of being repealed.

The 1992 Federal regulation is part of American gambling laws banning sports wagering in all states except Montana , Delaware , Oregon and Nevada. New Jersey Governor Chris Christie is rumored to be already gathering up the necessary support required to repeal the legislation, which protects amateur sports from being corrupted by organized crime.

Govenor Christie told United States gambling news, when he was casting his ballot: “With this referendum, we have an opportunity that gives the state more solid footing to challenge the federal ban on sports wagering outside of a few select places.”

Proponents of legal sports betting are confident the measure will give the struggling Atlantic City casino and racetrack business the necessary boost. Revenues could climb to $230 million per annum and as a bonus increase tourism figures as well.

The referendum results undoubtedly encourage state Senator Raymond Lesniak, who is expected to introduce a new legislation attempt by the end of this week. Lesniak’s legislation would put New Jersey ‘s Casino Control Commission in a position to issue sports betting licenses for counties including Monmouth, Meadowlands, Mays Landing and Freehold.

Lesniak shared his plans with the media: “I expect to get it to Governor Christie for his signature before the end of the year. By the start of next year’s NFL season, when the Eagles play the Giants, you’d better reserve your room soon in Atlantic City, because it will be packed, just like Las Vegas is now.”