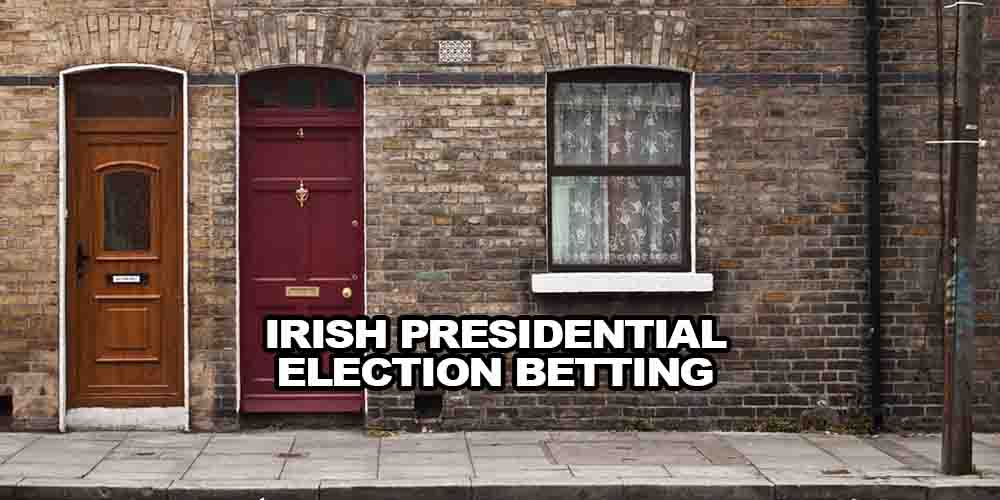 Although Michael Daniel Higgins is currently leading Ireland, several predictions for his successor are available. In this article, we will provide the next Irish Presidential Election betting odds to help you win some cash. Who are the candidates? And how/ where can you place your bet?

Mairead McGuinness has been in the position of First Vice-President of the European Parliament for three years. The Irish politician became the first to take this responsibility while also representing the Midlands-North-West constituency in Ireland. Before becoming a successful politician, Mairead was a notorious journalist, commentator, and a broadcaster. She is also a member of the Committee of Agriculture since 2004. As an influential member, McGuinness worked on the reformation of CAP and defunding farmers in the food supply chain. For instance, she worked on implementing a new European Union legislation that stops unfair trading systems. Being such an influential politician, online sportsbook sites in Ireland have put her as the favorite in their Irish presidential election betting odds. For instance, at 1xBET Sportsbook, the odds of her becoming the next president after Michael Daniel Higgins are 5.00.

Fergus Finlay Has the Support of Media

Former Chief Executive of the Barnardos charity, Fergus Finlay, is one of the top candidates to become the next president. Fergus is one of the influential members of the Labour Party with substantial political experience. For instance, he worked as an adviser for former Labour Party leader Dick Spring up until 1997. In addition, Finlay was involved in the successful presidential campaigns of Mary Robinson.

In 1997, along with Frank Dunlop, Finlay worked on the Later On 2 show as a presenter. As an author of many books and a columnist for the Irish Examiner, he is also a powerful media figure. For instance, the Sunday Business Post expressed about Finlay as “one of the great backroom operators of Irish political history, a strategist, tactician, and media briefer par excellence”. Furthermore, the Village Magazine ranked him in 59th place for the most influential people. Being an influential individual, 1xBET Sportsbook placed him slightly behind McGuinness in their next Irish presidential election betting odds at 7.00.

A Politician for More than 40 Years: Ruairi Quinn

Ruairi Quinn is also a well-experienced politician and a policymaker with a career extending more than forty years. He became a member of the Labour Party in 1965 and was able to win a seat in the council nine years later. He even managed to get into the leadership position of the party from 1997 to 2002. Being a former architect, Quinn was also an advocate for environmental issues. Throughout his political career, he served as the minister of Finance, Enterprise and Employment, Public Service, Education, Labour, and many more. He also played a significant role in the establishment of Europe’s single currency, and Ireland’s qualification for it. Quinn currently serves as the vice president and treasurer of the Socialists European Party. Bookies predict that he has a real chance of becoming a president for Ireland. At 1xBET Sportsbook, the Irish presidential election betting odds for Quinn are 10.00.

Miriam O’Callaghan is a media figure who has been working as the presenter for the Irish show Prime Time. She also has her personal talk show Saturday with Miriam for the past fifteen years. In addition to her shows, O’Callaghan became the first woman in Ireland to present the Late Late show in 2020. Although O’Callaghan is not a politician, her Brother is an influential member of the Fianna Fáil Party. Therefore, she was predicted to use her mass media power and run for presidency 2010, but she stated that she was not interested. Those predictions have recently resurfaced in media outlets. At 1xBet Sportsbook, odds of her to run for the next Irish presidential election and win are 11.00.

In 2013, Emily O’Reilly became the first woman in Ireland to get voted for the Ombudsman, and was re-elected in 2014 and 2019. Currently, she holds the responsibility for investigating maladministration in institutions across the European Union. As a recognition for her work, in 2017, she won the Schwarzkopf Europe Award and the Prague European Summit Vision for Europe Award in 2018. Betting odds for her to win the Irish presidential election are 11.00.