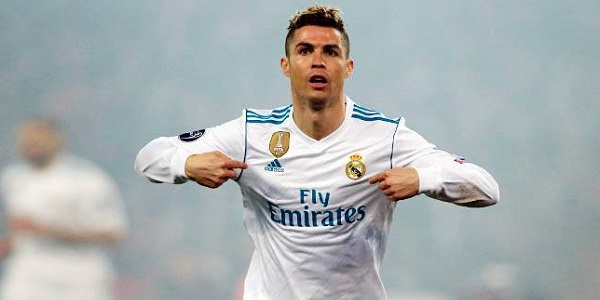 Cristiano Ronaldo leaving Real Madrid is a story that comes up every summer ever since the best football player in the world has signed for Los Blancos in 2009. All those rumours had a firm source before – Ronaldo left some strange comments before as well, for example, comparing his level of happiness in Madrid and Manchester.

Or comparing Spanish football culture to that of England’s, suggesting he prefers that of England. A few years ago, it was also possible for Ronaldo to join PSG as he commented he was not happy at Real Madrid. Florentino Perez offered him a raise matching Messi’s salary which kept him at the team. Is that what he wants again?

Why should you bet on Cristiano Ronaldo to leave Real Madrid?

It just makes no sense at all. Cristiano Ronaldo had just won his 4th Champions League trophy with Real Madrid last week, and the 5th in his career. However, instead of celebrating his incredible success and the fact that he’s still making history with Real Madrid, at the age of 33, he just made some strange comments about his future.

“Having played at Real Madrid was amazing. I will talk about my future later.” The Portuguese told reporters upon celebrating the 13th European Cup victory in the history of Real Madrid. The message seems obvious, which makes online sportsbook sites in Spain speculating: is Cristiano Ronaldo leaving Real Madrid, and if so, where will Ronaldo go next?

Where would Cristiano Ronaldo go next?

It will be easy and hard at the same time to find a new club for Cristiano Ronaldo. It will be obviously easy because all teams want him: everyone wants the best football player in the world to strengthen their squad. However, it will obviously be hard as well, because the best have the highest ambitions and requirements as well.

There are not too many clubs who can afford Ronaldo’s expectations. In addition, it seems unlikely that Real Madrid would want to sell their best player. Which means that the buyer will have to pay one fortune to Real Madrid for Cristiano Ronaldo, and they will also have to prepare for a record amount of salary. Which teams could be up for such a huge investment?

Bet on Cristiano Ronaldo’s next club!

We could easily come up with the huge money that China invests in football. However, considering Ronaldo’s professionalism, it seems unlikely that he would settle for a low ranked division like the Chinese Super League. Yet if you believe he might move to China, you can find 21.00 odds for Ronaldo to leave Real Madrid for any Chinese club at Unibet Sportsbook.

A more likely bet can bet Cristiano Ronaldo to join Manchester United. It would be a beautiful homecoming story. After conquering the world with Real Madrid, he could do so once again, uniting with his former manager José Mourinho, at his former home in the Old Trafford. You can find 9.00 odds for this at Betway Sportsbook.

Another interesting pick could be Cristiano Ronaldo to join Paris Saint Germain. The Qatari national team already bought Barca-star Neymar and they would love to bring in another star from another top club. The odds for Cristiano Ronaldo to sign for PSG are 5.00 at Unibet Sportsbook.

Will Ronaldo make it to Hollywood this year?

Several times before, the future of Cristiano Ronaldo was mentioned by the star himself, and he spoke quite frankly. “One day I will have to retire. We all have to, at some point. That’s why I have been planning my future since I was 27 or 28 years old. After my football career ends, I would love to do other things – like making movies, for example.

The best place to take up acting is obviously in the United States. Which can give other ideas to sites in the online sportsbook directory. Will Ronaldo sign for an MLS club this summer? The odds for Ronaldo to join MLS are17.00 at Betway Sportsbook. Pick the best Cristiano Ronaldo leaving Real Madrid odds and bet on CR7’s new club!