Italy Next Manager Odds: Who Cleans Up After Gian Piero Ventura?

News >Italy Next Manager Odds: Who Cleans Up After Gian Piero Ventura? 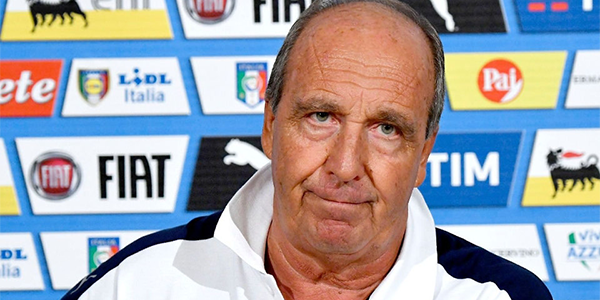 The fate of Italy’s national football team is still unknown. Ex-Manager Gian Piero Ventura ended his career in tragedy. He failed to bring Italy to the Russia World Cup 2018. The last time Italy didn’t qualify for the World Cup finals was 1958, exactly 60 years ago. We won’t know who will replace Ventura until after June. Before then, check out our list of Italy next manager odds.

“I haven’t chosen yet but I think Conte is the one who could do the best,” said Alessandro Costacurta, the Italian Federation vice commissioner. Antonio Conte, current Chelsea manager, used to coach Italy between 2014 and 2016. He knows the inner workings of the national football team.

According to online gambling sites in Italy, Conte’s odds of becoming Italy’s next manager are at 5.50. The one-year contract left with Chelsea is the only thing keeping him from doing so. However, the club has not been satisfied with Conte’s coaching performance recently. There is a possibility that he could be fired before summer ends, which would increase his Italy next manager odds.

The caretaker or interim manager of Italy is none other than Luigi Di Biagio. According to Italy next manager odds, Di Biagio could be up for the job with 10.00 odds. In the upcoming months before June ends, he has time to prove that he is capable of leading Italy’s national football team.

Roberto Mancini has outright said that he wants to do it; “Could I coach Italy in the future? Every coach has this dream, and for me it would be an honor and a matter of great pride. I would be ready.”

Currently, Mancini is Zenit St. Petersburg’s manager but he would drop the role for Italy in a heartbeat. At 1.80, online sports betting sites in Italy estimate the best Italy next manager odds for Mancini. Even the Italian Federation vice commissioner has confirmed that he would “happy with Mancini or with Ancelotti.”

Italy would be saved with Carlo Ancelotti. The guy has had plenty of experience, what with his multiple trophies from winning several European leagues. Italy next manager odds reveal that Carlo Ancelotti (3.00) the position could very well be his. After all, Ancelotti is not managing any team right now. The only problem is he’s just not interested. But if Ancelotti changed his mind, Italy would welcome him with open arms.

Bet on Italy Next Manager!

To conclude our list, the bookies’ favorite to become Italy next manager is Roberto Mancini (1.80) and Carlo Ancelotti (3.00). Since the latter seems to have removed himself from consideration, we’d wager on Antonio Conte (5.50) instead. With these odds, you can now bet on Italy next manager at Bwin Sportsbook!