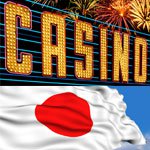 Although even Prime Minister Shinzo Abe is in favor of tapping into the huge economic potential, which a Japanese casino industry would represent, actual lawmaking is apparently a more sluggish process.

With the exception of the lottery, some limited sports betting, and the national pastime of pachinko, gambling is banned by Japanese gambling laws, but many politicians have been resolute to change those laws.

The earthquake-tsunami double punch to the economy has created further incentives to think about novel ways to improve public finances, and a booming gambling industry could be one of those ways. According to analyst estimates, the country could rise to second place behind Macau – ahead of Singapore and Las Vegas – with annual revenues of USD 10 billion. This could be generated by having just two casinos: one in Tokyo and another one in Osaka.

Bolder estimates value the revenue potential ten times higher, though the complete removal of restrictions required for such development is unlikely to gather political support in Japan.

Although a bill allowing casino gambling in Japan was originally planned to be submitted to the Diet before the end of the legislative session this month, it now appears that this may not happen before later this year.

Several details must be hammered out before the proposal is ready for vote, but if attention to detail and practicality will match what is characteristic to Japanese cars, then the law will create a solid foundation for successful development.

Businesses and politicians can hardly wait for that development to commence. “To boost the number of foreign visitors to Tokyo, I will consider preparing an integrated resort facility that combines restaurants, theaters and casinos,” said Tokyo governor Naoki Inose in a recent interview.

Although the first brick-and-mortar establishments were expected for as early as 2015, the legislative delay means that Japanese gambling news headlines to the effect of ‘Casino Opens in Tokyo’ may still be a few years off.