Juventus vs AC Milan Predictions: Could Juve Hold on the Title?

News >Juventus vs AC Milan Predictions: Could Juve Hold on the Title? 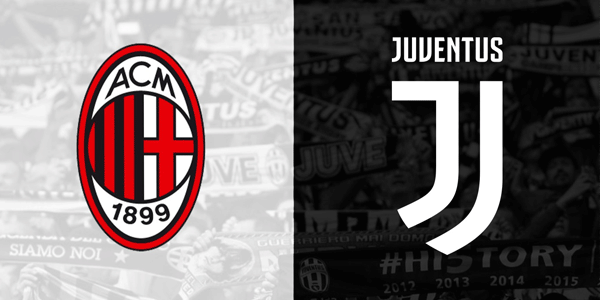 The Bianconeri have finally retained Serie A crown, albeit sitting on top with only two points above their rivals Napoli. Our Juventus vs AC Milan predictions suggest the Old Lady to put all effort in order not to lose points in this critical stage, but would they succeed achieving so?

According to online sportsbook sites in Italy this match will be decisive for the two teams’ Serie A campaign. AC Milan are 5 points below the top 4, and they need to win in order to get closer to secure Champions League qualifications, especially after they lost the Europa League title run. On the other hand Juve pursue to collect trophies and every point counts as only 9 games left before Serie A title celebrations. Our Juventus vs AC Milan predictions opt for the home side Juve to capture victory. But it will not be an easy run against Gattuso’s aggressive team.

Would AC Milan stretch their Serie A streak?

Gennaro Gattuso – who won two Champions League titles with AC Milan when he was a player – has turned AC Milan 2017/18 season around and got the team dreaming of a return to the glory days. The Rossoneri are 10 games undefeated in Serie A since their (1-1) draw with Fiorentina on December 30. They have dropped out both Lazio and Inter Milan of Coppa Italia to secure a place in the final. But they could not hold on Europa League run, losing (5-1) against Arsenal on aggregate.

According to online sportsbook news in Italy AC Milan are not full of world superstars, but they have a passionate coach with great legacy and the players enjoy strong team spirit on the pitch. It remains to be seen if they can pass through not just Juventus, but also Inter Milan, Napoli and Atalanta in order to prove they deserve to sit among the top 4.

Juve’s best streak against the Rossoneri is far more recent, perhaps an indication of the latter’s fall from grace. The Bianconeri enjoyed a run of seven consecutive League wins over AC Milan from April 21, 2013 to April 9, 2016. In the first leg of this season Juve won (2-0) over Milan at San Siro, with Juventus striker Gonzalo Higuain scoring twice. But all these stats happened before the beginning of Gattuso’s era, so would we see a different AC Milan this time?

Our Juventus vs AC Milan predictions suggest yes AC Milan will be more organized and aggressive posing serious threat at Gianluigi Buffon. But Juve remain the favourites to capture 3 points by the end of the 90 minutes. The odds for a victory for Juve are (1.64) at Comeon Sportsbook, while the odds are (3.55) for a draw, and (5.40) for Milan to win the game.