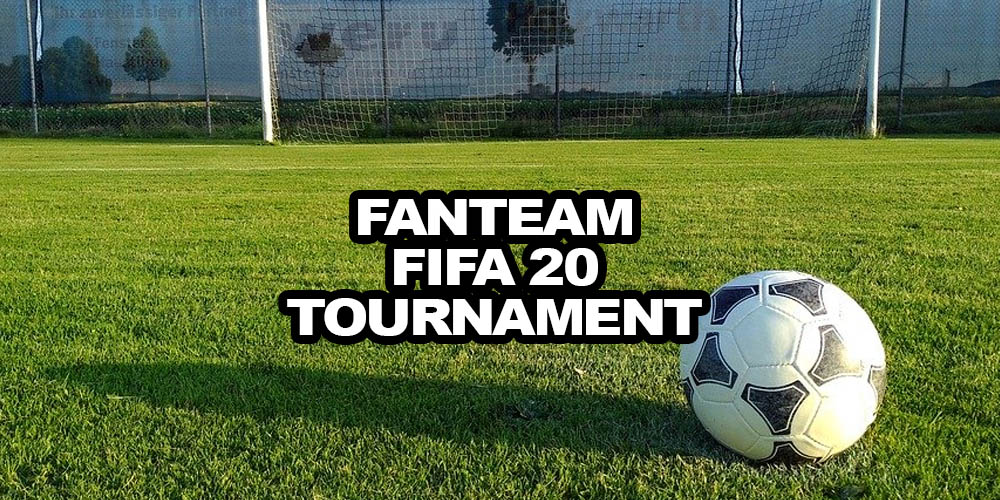 The second FanTeam FIFA 20 tournament is currently underway, with eight talented gamers competing for the top spot. You can seize the opportunity to place a bet on the potential winner of every match. The best picks are Amid Arab and Kai Koenisch who reached the final in the first tournament.

With the absence of professional football these days, fantasy sports can provide a lot of entertainment. The first FanTeam FIFA 20 tournament that took place in early April was a big success. Several thousand spectators in various countries enjoyed watching eight talented gamers. They return for the second time between April 21 – 23, aiming for the first place with a €500 prize. The runner-up will receive €250, while players who finish in third and fourth place will get €100. In addition, there will be a €50 prize for the best goal scored in the tournament.

According to online DFS news in Sweden, the tournament is divided into two groups of four. Each gamer will have three matches to play for the qualification to the knockout stage. The semi-finals will be played as best out of 3 matches, and the final will be best out of 5 matches. Every match lasts for 12 minutes.

The defending champion Amdi Arab and the runner-up of the first tournament Kai Koenisch are among top contenders. Besides, Tipsterio, Bet4U, Jouley, xSportwetten, Mr. Klok, and Sportwetten United are looking to make some upsets. If you wish to see the best odds of all fixtures, check out the review about FanTeam.

Amdi who has been playing Fifa semi-professionally for a few years is the defending champion. He won the first FanTeam Fifa 20 tournament in a dramatic final against Kai Koenisch. He won three matches of the second tournament so far, crushing Mr. Klok with 4-1, walking over Valavuori with 9-0, and winning 6-0 against LeBroHbKA. With such impressive results, he looks close to winning the second tournament. His next match is against xSportwetten with 1.30 odds to win at FanTeam.

Kai Koenisch perceives himself as a sports-betting and lifestyle influencer, and he loves Kebab and FIFA. In the first tournament, he finished the runner-up, thus he hopes to become the champion this time around. Koenisch plays with FC Barcelona. He kicked off the tournament with a 5-1 win against Tippkaiser. Koenisch has a 1-1 draw with Tipsterio but came back with an easy 4-0 win against Mike. According to online DFS sites in Sweden, his next match is against Jouley with a value of  1.19 to win.

Mr. Klok from Belarus is playing with PSG. His first match came with a heavy loss of 1-4 against the defending champion Amdi. However, he managed to bounce back with a 5-2 win against LeBroHbKA and 3-0 against Valavuori. Mr. Klok stands the favorite with 1.46 odds against Sportwetten in the next match.

You can learn more about FanTeam here.