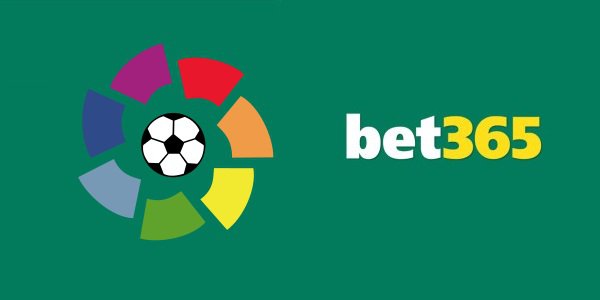 La Liga betting is not an easy task as there are many unpredictable derbies, but that’s why we are trying to help punters with this betting preview.

In the upcoming round of the Spanish first division, La Liga betting can be quite interesting as there are several thrilling clashes. Spanish gambling news report that Villarreal will host Espanyol on Friday evening. This clash will be the opener of Liga BBVA’s second round, however the biggest derby will be played on Sunday when Atletico Madrid will visit Sevilla.

On the other hand, Sporting Gijón will travel to San Sebastian to play against Real Sociedad and prove that the draw against Real Madrid was not just because of luck, but because of their skills. Spanish Supercup winner Athletic Bilbao will try to get their first points against Eibar after they lost to Barcelona in the first round.

Villarreal vs Espanyol and Sevilla vs Atlético Madrid

The second best team of Barcelona will make a visit to the Valencian Community in order to face Villarreal in an exciting clash. The Yellow Submarine played a 1-1 draw in Sevilla against Real Betis in the first matchday of the league. La Liga betting sites believe that their aim is to improve on that result and be able to win the next game in front of their own supporters.

Espanyol opened its new Liga BBVA season with a 1-0 win over Getafe. The Catalan side played at home in Estadi Cornellá-El Prat and has defeated the Madrid-based team, who played the last 8 minutes with only 10 men due to Vergini’s red card. Villarreal are regarded as favourites for the encounter according to Bet365 Sportsbook, who set their odds at 1.53 (53/100). The popular online bookmaker does not believe that Espanyol can defeat the Yellow Submarine, hence the 7.00 (6/1) odds, while the odds for the draw are 4.00 (3/1).

online gambling sites in Spain report that he biggest derby of the weekend will be played in Estadio Ramón Sánchez-Pizjuán. In the thrilling clash, Sevilla will host the champion of Liga BBVA 2013-14, Atlético de Madrid. The Sevillanos played an Andalusian derby in the first round, where they failed to collect all the 3 points – they ended up with a goalless draw in Málaga. In addition, they will be unable to count on N’Zonzi’s services as the player was sent off against the Malaguenos.

Meanwhile Diego Simeone’s men kicked off the new season at Estadio Vicente Calderón. They hosted the newly promoted Las Palmas and have managed to win by a lucky goal, scored by talented Frenchman Antoine Griezmann. The derby between the two sides is completely unpredictable, Bet365 has set the odds for Sevilla at 2.80 (9/5) while those for Atlético are 2.62 (8/5) and the draw is set on 3.20 (11/5).

Real Sociedad vs Sporting Gijón and Eibar vs Athletic Bilbao

Real Sociedad has recently closed down the deal with Real Madrid to buy back Asier Illarramendi, according to online gambling websites. The Basque midfielder has left Sociedad for Real Madrid in 2013 only to return 2 years later. The Basque team played its first game in the new Liga BBVA season in La Coruna and played a goalless draw. Better results are expected of them – both from their supporters and from La Liga betting enthusiasts.

Their opponent, the newly promoted Sporting Gijón began the new season in their home field against Real Madrid. Of course they were huge underdogs for the clash, yet they managed to steal 1 points from the Royal Club thanks to the goalless final result. The Asturian side will come to San Sebastian as the dark horse once again. Bet365 set their odds at 4.33 (333/100) while those for Real Sociedad are 1.90 (9/10). The draw would pay 3.40 (12/5) times the stake for punters.

Eibar were extremely lucky to avoid relegation at the end of last season. They finished in the 18th position which should not be enough to start this season in Liga BBVA, however Elche was relegated by the LFP due to administrative reasons, hence Eibar stayed in the league. La Liga betting sites believe they will not be so lucky this year. Bet365 Sportsbook set the odds for Eibar relegating at the end of the season at 2.50 (3/2), with which they are among the “favourites” to one of the bottom 3 positions.

However, Eibar started the new season with an impressive 1-3 win over Granada on away field. They are given the chance to prove themselves in the home stadium as well. They will host Athletic Bilbao, the Basque side who defeated Barcelona by 4-0 in the Supercup, but lost to them by 1-0 in the Liga BBVA in San Mamés. Bilbao are favourites as their odds are 2.10 (11/10), while Eibar’s odds are 3.75 (11/4) and the odds for the draw are 3.20 (11/5) according to mobile betting sites.