South Korean soccer, basketball, volleyball, and motor racing are all a joke as greedy athletes and mafia rip off punters. 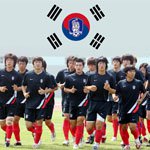 Without official sports betting regulation, which South Korean gambling laws lack, the sports betting has become very corrupted. As an outcome, it is better to predict what mafia prefers as a final score rather than bothering with athlete and team analysis.

After many, many scandals involving soccer and volleyball, now the new scandal involves basketball, a game for which many South Koreans have strong passions. Recently, a basketball player has been arrested for game-fixing. Allegedly, the player has received money from underground sports betting brokers for rigging the scores.

That comes on top of multiple volleyball players arrested for the same activities in addition to one motorboat racer. This leaves most South Koreans helpless in light of mafia, not athletes, playing the games. It is shameful for such an advanced country as South Korea.

In opposition, the South Korean punters are turning away from South Korean leagues and are wagering on foreign competitions, such as NBA, with mobile betting devices. Since it is not clear if that’s legal or not, many bettors conclude it’s better to do business with legitimate offshore sports betting sites than to continue to fill mafia’s pockets.

The politicians seek to respond in small and insufficient ways. Still, there are no clear laws regulating online sport betting markets in South Korea. The best, indeed, what the legislators can do is to increase penalties for illegal game-fixing. Now, a promising athlete can lose it all with a 5-year prison sentence. Perhaps, this will decrease the game-fixing.