Over the past few months, an unprecedented string of kidnappings and multi-million dollar ransom payments involving Malaysians who gamble or are 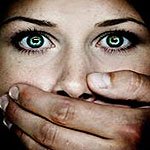 Over the past few months, an unprecedented string of kidnappings and multi-million dollar ransom payments involving Malaysians who gamble or are casino owners, has plagued the South East Asian country. The country has only one casino for tourists and non-Muslim citizens, despite a large number of underground casinos and illegal parlors used to bet on sports in Malaysia.

Malaysia, which surrounds the small island of Singapore, has an extensive criminal network within the city-state, including the newly built casinos. Within minutes of a player (with a Malaysian passport) winning a jackpot, or cashing out a large sum of casino chips, telephone calls are made from within the casino to mafia contact in Malaysia.

By the time the happy winner drives home, he find his family missing and a ransom demand (usually ten times the size of his recent casino win) is required to release the gambler’s family.

Families often do not call the Malaysian police, since it is forbidden for Muslims to gamble, and police and courts may punish the gambler harsher than the kidnappers (if they are found). The kidnap victims are often gang raped and video recorded during their ordeal to use as leverage against police involvement or the recordings are safely kept by the mafia for future blackmail.

It is such attitudes that has caused a tremendous growth of the illegal Malaysian internet casino industry – to avoid exposure to both police and criminals.

Casino owners have not been immune to the string of kidnappings either. During the past week, a major Malay casino shareholder was forced to pay a ransom demand of 7 million US dollars (RM20.7 million) to assure the unharmed released of his wife, daughter and maid.

This was the largest reported ransom paid in Malaysia during the recent years. The abduction occurred when the family’s car was boxed in by three other vehicles and forced to stop in Permas Jaya, Malaysia – close to the family’s home, and a 45 minute drive from Singapore’s new casinos.

During the ordeal the three kidnap victims were taken to an unknown location. An MMS of the partially undressed, crying victims held at gunpoint was immediately sent to the casino businessman along with a $39 million (US) ransom demand. The message gave graphic details of the gruesome fate that awaited his wife and daughter unless the ransom was paid or the police were notified.

After further negotiations, a $7 million (US) ransom was dropped off at a remote plantation, and the family was shortly released by Danga Bay, overlooking the Singapore Skyline.

Malaysia police formed a special taskforce to investigate the dozens of reported and hundreds of unreported cases. So far there are no leads or suspects.

Bukit Aman as well as religious leaders are demanding the strengthening of Malaysian gambling laws to include long term incarceration and asset forfeiture for any Muslim Malaysian who is found to have gambled inside a foreign casino.

Online gambling is illegal in Malaysia with frequent police raids on internet cafes and underground gambling clubs which are prevalent throughout the country.