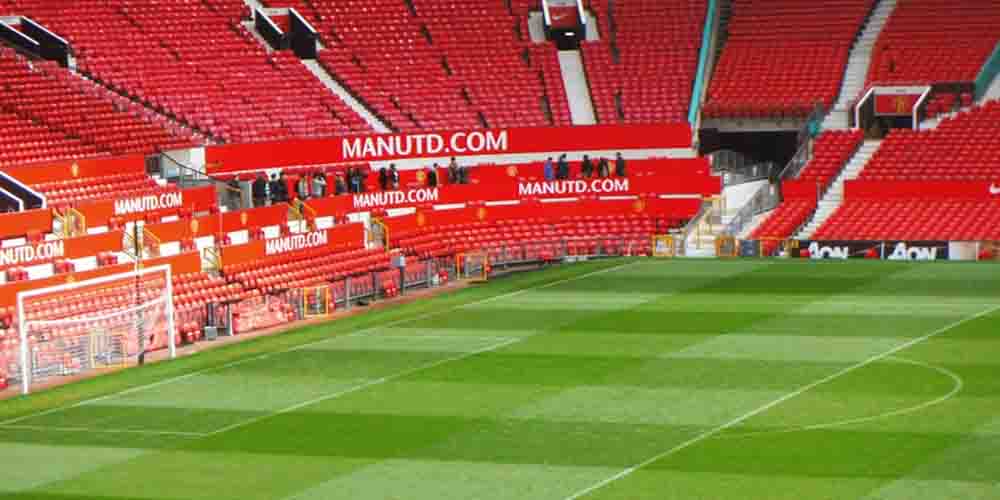 Are you football fans and eagerly wait for the remarkable transfers this summer in world football? Which team do you support? If you are a fan one of Manchester United F.C. this article is exactly for you. Are you ready to dive in the football world full of exciting news by getting aware of the Manchester United transfer news?

Manchester United Transfer News – Who will Join the Red Devils?

Thus, as a professional and old football club, Manchester United competes in the Premier League, the topflight of English football. According to the Sky sports, your favorite club won more trophies than any other club in English football such as 20 League titles, 12 FA Cups, five League Cups and a record 21 FA Community Shields.

Additionally, just a few years ago they became one of five clubs to have won all three main UEFA club competitions. What has Manchester United done this season? According to the club records, Manchester United is in second place 16 points behind leading Manchester City, which is a game surplus. The Red Devils, who got 17 wins, 9 draws and 4 losses in 30 matches, have 60 points.

Of course, such great performance and success are achieved by strong and ambiguous players. As a curious football bettor and fan you know the current players of the club. What we need here to look at the possible player transfers. Last time, in 2020-2021 the club transferred Amad Diallo, Alex Telles, Facundo Pellistri, Edinson Cavani and Donny van de Beek with 39.00 mil. €. Yes, this was the most expensive transfer of the club. What about this summer transfer?

Actually, Manchester United, which ranks second behind leader Manchester City in the Premier League, has already begun its squad planning for the next season. Related to this point, the former star of the club, Gary Neville mentioned in his Twitter account that Manchester United should strengthen the center back, striker and right wing regions. Do you think Gary Neville’s opinion the same with Manchester United transfer news?

Who is Raphael Varane and why MU tries to achieve his transfer? Thus, the successful soccer player played 27 games in La Liga, 8 matches in the Champions League and won 18 trophies in 10 years in Real Madrid. Generally, 36 matches in all lanes this season with the Real Madrid form. Gary Neville, one of the legendary names of Manchester United and former teammate of Ole Gunnar Solskjaer, named Varane as the best stopper in the world after Virgil van Dijk. So, the Manchester United struggle is very obvious now. The point is whether the British club can achieve this goal or not? The Real Madrid determined £ 60 million testimonial for a transfer of 26 years old soccer.

Actually, Manchester United has followed Raphael Varane for several years and wanted to transfer the player to squad in 2017. The Red Devils were close to signing the player in 2019, but the transfer stopped after Zinedine Zidane returned to the team. He worked as a consultant at Real Madrid at that time and convinced the player to transfer to the Spanish team.

As seen in the Manchester United struggle, this time they want to successfully end the Raphael Varane transfer. Actually, they see him as a good partner for Harry Maguire. Do you think like this also? Do you want to see both players together in the matches? If you are watching the matches of Raphael Varane and bet on these matches, click  1xBET Sportsbook and be aware of all current games and odds.

Jadon Sancho, who played in Borussia Dortmund is remembered with the most goals and assists in this season. He played in 39 games this season with his yellow-black jersey, succeeded in scoring 23 goals and making 16 assists in these matches. Actually, the 20-year-old star football player attracted attention with 3 goals scored in the second half of the Padernborn match. Manchester United is among the attracted clubs that want and fights to add him to its team regardless of cost.

According to the latest transfer news, Dortmund will also present a new contract to Sancho. The Bild’s report states that the German team will offer a new contract with more earnings. What do you think about this Manchester United transfer news? Will Jadon Sancho accept his club’s offer or decide to continue with Manchester United? As a curious football bettor, you also have personal opinions on Jadon Sancho’s matches and can realize your betting related to his matches by visiting online sportsbooks in India. Are you ready to support your favorite football player?

Will the next club of the Terminator be Manchester United?

In spite of this contract will finish in 2020, Solskjaer wants to add the Norwegian player to his squad without waiting until this time. This means they consider to pay the contract termination fee of £ 68 million. Thus, if we take previous Sancho transfer probability and plus Erling Haaland it could result in the removal of 176 million pounds from Manchester United’s coffers.

Who Will be Leaving Manchester United this Summer?

Thus, the transfer is not just about adding a new player to your club. I also cover the leaving or selling of current players. What about the leaving players? In 2020-2021 Chris Smalling, Timothy Fosu-Mensah, Jesse Lingard, Marcos Rojo, Cameron Borthwick-Jackson and some other players. The most expensive transfer was the leaving of Chris Smalling with 15.00 mil. € to Roma club. What about these years selling? Which players are going to leave Manchester United this year? Let’s look at the leaving probabilities in Manchester United transfer news.

Paul Pogba: It will be very interesting to watch MU midfield

Currently, Paul Labile Pogba is one of the French professional footballers who plays for Premier League club Manchester United and the France national team. He operates primarily as a central midfielder, an attacking midfielder, defensive midfielder and deep-lying playmaker. He transferred from Juventus for 105 million euros in the summer of 2016. Actually, this was one of the most expensive players in history during the transfer period.

Unfortunately, after the injury the successful player could only take part in 7 games in the league this season. This could be the start point for transfer discussion. According to the TuttoSport news, as his old club Juventus were aware of his desire to return, the club knocked on the door of the English club with barter ideas. As seen they will do their best to transfer the star player.

According to the news, the Italian team wanted to remove Aaron Ramsey and Adrien Rabiot. Because they were not satisfied with their performances in the team. Moreover, they were keen on the idea of exchanging these 2 players to add Pogba to the team. Realizing that United cannot confuse these players, Juventus is expected to add another surprise name to this trade. Successful midfielder Miralem Pjanic is preparing to be a part of this exchange too. Let’s see how the transfer discussions will end.

David de Gea, the Spanish professional footballer currently plays as a goalkeeper for Manchester United and the Spain national team. The UM’s first-choice goalkeeper at the start of the season is one of the best goalkeepers in the world. In 24 Premier League appearances this season, the Spaniard has kept 9 clean sheets and has featured in 12 victories. Last season, De Gea kept 13 clean sheets in 38 league appearances.

But what happened? Why do they want to separate the way? As seen, everything changed when David de Gea returned to Spain for the birth of his child. Dean Henderson took his spot and has kept three clean sheets in eight appearances and has featured in seven victories. As a result, according to last news, Ole Gunnar Solskjaer decided to stick with Dean Henderson for Manchester United’s trip to Tottenham which means the leave of David De Gea.

Now are you ready for using valuable info, estimating current situation and do your betting by being aware of online sportsbook promotions in India.