With internet betting in Philippines being illegal, investors keep pushing for the development of a casino resort in Manila Bay 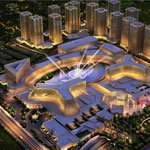 Four integrated casino resorts will be built on a 44-hectare Manila Bay Resorts property, which Okada’s company now owns a part of. Partnering up with two other local investors was the first step that needed to be taken, as Philippines gambling laws limit foreign ownership to a share of 40%. The deal is yet to be signed, sealed and delivered, but details have already been worked out between the tree partners.

With Okada being regarded as a controversial figure, all eyes are on him. Just last month, the local Department of Justice was looking into the Japanese billionaire’s affairs and threatening him and some of his employees with criminal trial subpoenas. This happened after authorities found out Okada was part owner of a company involved in the casino project.

However, it looks like now, as the deal with local companies First Paramount Holdings and Century Properties Group (CPG) will soon be closed, the legal requirements for the Entertainment City project have finally been met.

In the latest gambling news, First Paramount chief Alice Eduardo expresses faith in her new business partner, though her optimism might have something to do with the fact that Okada’s offer was sweetened with the promise that Eduardo’s company Sta. Elena Construction & Development Corp. will be taking care of the structure and civil works for the integrated resort and casino.

In the end, the Manila Bay gambling resort will surely prove to be beneficial, both for the country’s tax income and tourism.