Lionel Messi Salary And Net Worth

Back in 2017, we saw a huge Lionel Messi salary raise after extending his contract with F.C. Barcelona. With the contract signed, Messi instantly becomes the second highest paid footballer in the world. He takes home around £500,000 each and every week. The highest paid at that time was Carlos Tevez playing in Shaghai. 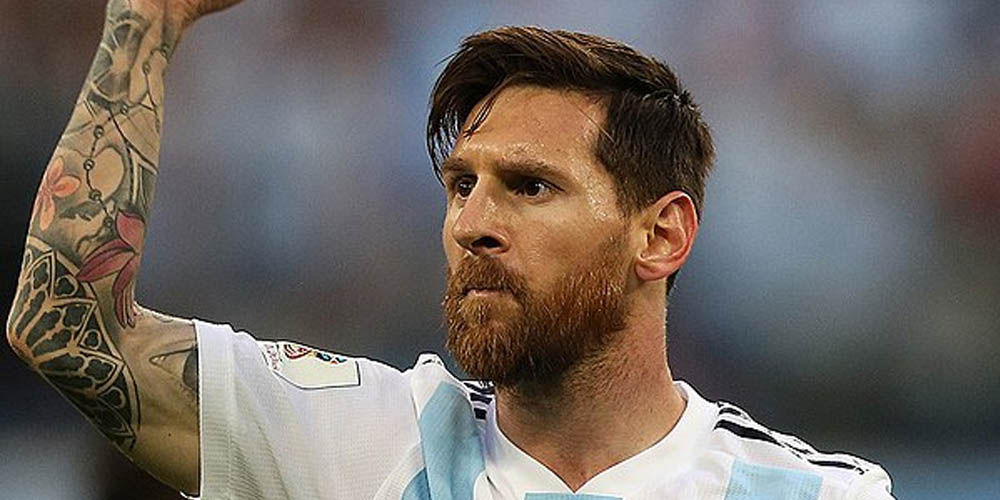 Back in 2017, we saw a huge Lionel Messi salary raise after extending his contract with F.C. Barcelona. With the contract under his belt, Messi instantly becomes the second-highest-paid footballer in the world. He takes home around £500,000 each and every week. The highest-paid at that time was Carlos Tevez playing in Shanghai.

Depending on who you ask, Messi has been one of the best footballers in the last 10 years. FC Barcelona, ever keen to hold on this talent, is certainly not holding back when it comes to paying him. Messi has won a number of awards playing for the Spanish side. These include 5 Ballon d’Or (FIFA Player of the year) awards in the last 7 years. Also, there is his unrivaled match play, which has him standing head and shoulders above any opposition. Right now, along with maybe one or two other footballers, he’s probably one of the most marketable athletes in the world. And it’s because of the worldwide popularity of football and his instantly recognizable talent, that he is able to grab a sponsorship deal from Adidas worth over $50 million each year.

Let’s have a look at some numbers. Right now he earns slightly less than his arch-nemesis Cristiano Ronaldo’s $320 million. From Barca Football Club he earns around £50 million. But keep in mind that the Spanish upper rate of tax is 52%. According to online sportsbook news in Spain, he leaves him a take-home pay of around £26.4 million each year. We’ll have more to say about taxes later. Apart from a huge salary, Messi has a number of sponsorship deals in the can, with Adidas paying him the most. But Ronaldo still is ahead in both salary and sponsorship deals. Looking back, it was in 2005 that Messi became the world’s top-paid player after signing a total of seven contracts including an extension to Barcelona.

At the age of just 13 years old, Messi’s parents secured a trail with F.C. Barcelona in December of 2000. He was an immediate contract offer. He started to play in the youth team in February 2001. At that time, the club agreed to pay any medical expenses and provide accommodation for his family in the city. At the tender age of 16, he made his debut game appearance against Porto in 2003. Then followed his first professional contract, which was an 8-year deal worth £1700 per week. But less than a year later, he was able to up the ante and score a massive Lionel Messi salary pay rise to $25,000 per week. That was in June and in September, after negotiating his first club extension, his wage doubled to $50,000 per week.

On Wards And Upwards

Things really began to take off in 2007, after he scored an amazing hat-trick in the Spanish derby against Real Madrid. His new and improved deal saw his salary yet again double to £100,000 per week. In July 2008, he inherited the number 10 shirt of Ronaldinho and saw his wage jump even higher. At £7.8 million per year, he was the most highly paid footballer in the club. The in September of 2009, after being victorious in the Champions League, he makes a 7-year contract extension. This gives him almost 6 million extra to take his Lionel Messi salary total to £12 million. Online, he’s certainly one of the most bet on players as you can see from this list of online sportsbooks sites in Spain.

The Argentinian forward had to wait another 4 years before a new contract extension. With this he earned an extra million bring him to £300,000 per week. Then in May 2014 his salary almost doubled to £500,000 per week and was now costing the club around £38 million each year. His current contract which in July 2017, gave him even more money and taps out at a Lionel Messi salary of £32 million a year. Not bad, not bad at all. But he has been holding off signing a new contract with Barca as he’s dissatisfied with his present pay. Right now some other clubs are expressing interest in him. These include both Manchester United and Manchester City.

Though Messi earns huge money on the football pitch, he also banks off-field. One of the team’s new sponsors is 1xBet Sportsbook. He has many lucrative sponsorship deals in his pocket. These include Adidas, Pepsi, Air Europa, Dolce & Gabbana, EA Sports, Walkers Crisps and Samsung, just to name a few of both his domestic and foreign deals. He makes around £26 million for Adidas alone, and the deal gives him a say in future football boot designs. Also, he manages to rack up around £6 to £10 million on his other deals. Adding up his professional football contract with F.C. Barcelona with his sponsorship deals brings his income up to around £80 million per year.

A Word About Tax

Sad to say that we can add the title “Tax Cheat” to his other rewards and trophies. In spite of being easily one of the highest-paid people on the planet, it still wasn’t enough. In 2017, he was lucky to escape jail after being found guilty, along with his father, of cheating his taxes to the tune of around £5 million. Under Spanish law, no one goes to prison if the sentence is under 2 years and can be served as probation. So, in the end, he was able to get away with paying back the amount owed, as well as being fined £2.3 million. It turns out that they set up concealed accounts in Belize and Uruguay to hide payments from sponsors. Just think, to earn that huge Lionel Messi salary and then to cheat. Sad really.