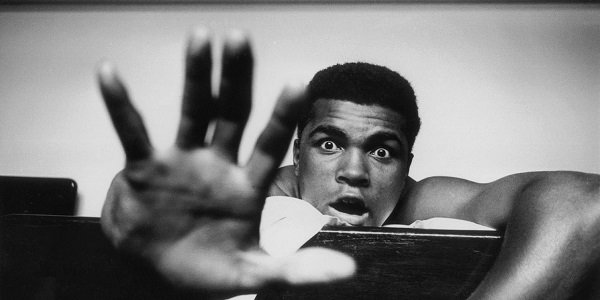 Muhammad Ali is considered by many to be the greatest single athlete of the 20th century.

Muhammad Ali, born Marcellus Cassius Clay Jr., was born in Louisville, Kentucky. Many of the heavyweight champions mentioned have been widely considered among the greatest. His nicknamed “the greatest” is well-earned. Ali was able to be as tactful a strategist mentally as he was physically. His comments towards other fighters were always on the forefront of US gambling news.

In his 3 years from boxing, Ali was reinstated into boxing by the U.S. government for his refusal to enter the armed services draft. Ali fought famous “wars” in the ring with Joe Frazier and George Foreman. Some experts to this day have claimed that the physical abuse suffered from “Thrilla in Manilla” and “Rumble in the Jungle” led to his neurological problems that were later revealed to be Parkinson’s syndrome.

Ali’s Downward Spiral as a Professional

Ali continued to remain active after the “The Thrilla in Manila.” He had three success bouts in 1976 and even had an exhibition match in Tokyo again a professional wrestler and a martial artist. Unfortunately Ali suffered leg bruises which formed two blood clots and an infection in his legs from the martial artist. A third fight against Ken Norton ended in a controversial decision that led to “boos” by the crowd.

Defeating Alfredo Evangelista in 1977, he struggled but succeeded in overtaking Earnie Shavers in the same year. Although Ali won by unanimous decision, Ferdie Pacheco quit being Ali’s doctor because he recommended that Ali should retire due to kidney damage. The next year, Ali would suffer a major defeat and lost the title in Las Vegas to a young Leon Spinks who only had 7 fights as a professional.

• Ali was able to win his second bout with Frazier by decision.
• “The Rumble in the Jungle” was Ali’s only bout with Foreman.
• “The Thrilla in Manila” was the first modern day superfight.

In the rematch which quickly followed in New Orleans, all attendance records were broken. Though the fight wasn’t considered “classic Ali”, he still managed to win by unanimous decision. It was becoming more apparent Ali’s career continued only to make more money. Because of this legendary status in the ring, Ali could still earn large purses for his bouts regardless of the odds in accordance to US gambling laws.

After a short stint from boxing, Ali made a comeback by fighting Larry Holmes for the WBA Heavyweight belt. Like the Marciano in the Joe Louis bout, Holmes didn’t want to fight Ali. After suffering from vocal stutters and trembling hands, the Nevada Athletic Commission required Ali to have a physical. Receiving his authorization from the Mayo Clinic, Ali lost in embarrassing fashion and after one more bout, Ali retired from boxing.

The Aftermath of a Legend

In 1984 Muhammad Ali was official diagnosed with Parkinson’s syndrome. Ali did his best to remain active, by making various appearances from time to time. He published a biography which was credited to Thomas Hauser in 1991. Ali also went to Iraq during the first Gulf War met with Saddam Hussein in an effort to release American hostages. Ali also lit the flame at the 1996 Summer Olympics in Atlanta, Georgia.

Ali has definitely left his mark on our society. In 1993 Associated Press reported Ali was tied as “the most recognizable athlete” with Babe Ruth. Ali received the Arthur Ashe Courage Award in 1997 and in 1999 was voted BBC Sports Personality of the Year as well as Sports Personality of the Century. In 2005, Ali received the Presidential Citizens Award by George Bush and would later receive the Presidential Medal of Freedom.

Being a “living legend”, Ali has graced the cover of Sports Illustrated 37 times, second only to Michael Jordan. Ali’s film appearances included Requiem for a Heavyweight (1962), Black Rodeo (1972), The Greatest (1975) and Freedom Road (1978). When We Were Kings is a biopic about the “Rumble in the Jungle” bout against Foreman. There is still much said about Ali in the fantasy boxing arena which attract many engaged in online sports betting in the U.S.