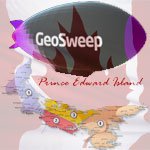 The government of Prince Edward Island (PEI), a Canadian province, is questioning its CDN $4 million investment in the British online gambling company Roboreus.

The operator is providing an interesting lottery concept – GeoSweep – in full compliance with the Canadian gambling laws. The peculiarity of the lottery lies in its business model: players purchase their favorite “geo” – a dedicated point on the host country, instead of wagering on a lottery ticket number.

Canada gambling news report that so far around 2.3 million geo’s in the Atlantic Canada have been prepared for wagering each costing CDN $7.5 per month.

The main point of provincial government’s concern is that the new lottery concept, which was introduced in the UK earlier this year is only generating a daily income of GBP120.

Prince Edward Island and New Brunswick provinces ventured into the new type of online casinos in Canada, each barking up CDN $4 million, but Nova Scotia, Newfoundland, and Labrador declined to enter.

Wes Sheridan, Finance Minister for PEI, is defending the new project, suggesting that products of Atlantic Lottery desperately need new offerings in order to maintain previous levels of revenues. Income from old types of lottery has been declining steadily. According to Sheridan, the GeoSweep product could return on investment in under three years.

Sheridan commented to the media: “You have to take a look at a concept where you think it may be something that would turn a very good investment dollar over. If we sit idly by and let our revenue sources continually decline we’d be in no position to continue to have government grow.”

One of the main opposition critics, Steven Myers, opined that after the poor results of the UK start of the project, PEI should have abstained from the concept introduction, just as Newfoundland, Labrador, and Nova Scotia did.

He commented: “We’re throwing out $4 million at a time when we can’t fund the $4 million that they need to build the high school in Souris and we can’t get the $1.2 million to build an expansion on the Montague Intermediate School. It seems like a bad time to be gambling our money.”