A conflict between Romania and the European Commission surrounding the current state of Romanian gambling laws does not appear to be getting anywhere. 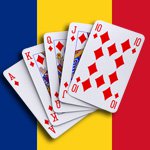 A conflict between Romania and the European Commission surrounding the current state of Romanian gambling laws does not appear to be getting anywhere.

Much of Romania’s gambling industry is dominated by state monopoly operator Loteria Romania, which controls all lottery and sports betting operations in the country. The EC has asked lawmakers to justify this monopoly, and to clarify the position of the monopoly within the framework of internet betting in Romania.

An initial draft of changes to local gambling laws was submitted to the EC for approval in July 2010. It included extremely prohibitive demands on operators. Potential licensees were required to be organized as Romanian legal entities, to set up all servers on Romanian soil, and to pass all advertisements though local authorizes for authorization. A further rule required all gambling groups to put up nearly €1 million as security.

This draft was rejected by the EC in October 2010. The proposed legal changes have since been modified, but an announcement made this week implies that only minimal alterations have been made. The latest draft has not been made public, but if it does not vary significantly from the previous version, it seems likely that it will not pass EC inspection either.

The fact that Romanians spend an estimated €500 at t Internet sportsbooks and online casinos in Romania annually is motivation enough for the country to regulate and tax the industry, but unless they are able to draft laws that conform to EU trade agreements, they will continue to be at odds with the EC, which could cause problems down the road.