Spanish officials are meeting later this week to discuss a draft bill that will regulate and tax internet gambling in Spain. Some believe that the proposed 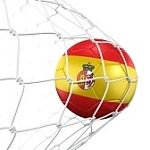 Spanish officials are meeting later this week to discuss a draft bill that will regulate and tax internet gambling in Spain. Some believe that the proposed tax scheme for online sports betting outlined by the bill will lead to an uncompetitive market, and could put €100 million in sports sponsorship and advertising revenue at risk.

A draft of the bill, which is due to be presented to the Spanish Parliament early next year, recently leaked to the press. The bill proposes two different taxation strategies: one for online sportsbooks in Spain, and another for all other forms of internet gambling, such as online poker and casino games.

For most forms of internet gambling, the new tax will be levied on gross gaming revenue; that is, turnover less winnings. For online sports betting sites, however, a flat 10% tax will be applied to just turnover. Sacha Michaud, President of AEDAPI (Spanish Association of Online Gamblers) today, believes this system is flawed.

“A betting tax on turnover (applied to every transaction) is not the right way to tax the industry, even if the rate were lower than the proposed 10%, as it does not allow operators to offer competitive products to consumers,” Michaud explains.

If this anti-competitive tax regimen for online sports betting is put into action, Michaud believes that consumers will turn to unregulated sites offering internet betting in Spain. This could put hundreds of millions in advertising and sponsorship revenue for Spanish sports leagues at risk.

Leaders in the Spanish online gambling industry, including AEDAPI, EGBA (European Gaming and Betting Association) and RGA (Remote Gambling Association) are calling for a public consultation to share their concerns with the Spanish government before any final decisions are made.