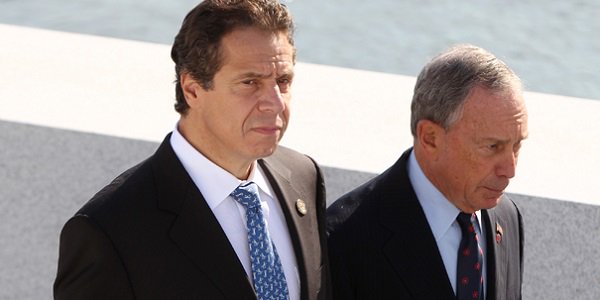 The state of New York has come under fire after it was revealed that it would prohibit hydraulic fracturing and on its intention to grant a fourth casino license. Michael Bloomberg, a former New York City Mayor said of the fracking decision that “It’s a misguided policy, to keep coal-fired power plants in upstate New York and not frack doesn’t make any sense at all.”

This opposition comes after current Mayor, Andrew Cuomo, announced in December, that his administration would ban hydraulic fracturing across the state. New York would has become the first state which has major potential to become a major natural-gas producer to prohibit fracking.

The reason for this decision from the Democratic administration seems to be linked to potential health concerns which outweighs whatever economic benefits that fracking might offer New York. However, Tom Mailey, the director of media relations at New York’s Department of Environmental Conservation, though not specifically addressing Mr. Bloomberg, supported Cuomo.

According to United States gambling news reports Mailey confirms that the state’s finding on fracking revealed “significant uncertainties” about an array of health-related concerns and the efficiency of regulations in protecting public health. Mailey added that “Further, with the exclusion of sensitive natural, cultural and historic resources and the increasing number of towns that have enacted bans and moratoria, the risks substantially outweigh any potential economic benefits of fracking”.

Mr. Bloomberg and Mr. Cuomo have not spoken about the issue. Hydraulic fracturing, or fracking, is described as a technology used after the drilling process that has unlocked enormous supply of natural gas and oil nationwide. However this has only fueled controversy, because of the risk of polluting drinking-water supplies.

Health Issues not a major concern

In a response to the announcement Mr. Bloomberg touted the economic and health benefits of natural gas. He says they are much safer when lined up with other fossil fuels like coal. He said the benefits tilt the scale by large, regarding whatever health concerns the government and medical bodies might have. He went on to say that rigid regulation could make sure that health risks remain minimal.

That was decidedly not the only issue Mr. Bloomberg wanted to to air out Mr. Cuomo. Bloomberg who was mayor in New York from 20002 to 2013 said he was against the Cuomo administration’s decision that supported US gambling laws to expand non-Indian casino gaming potential in upstate and in New York’s Southern Tier region, in order to develop the weakening economies in those areas.

The brunt of a ban and the promise of a casino

As luck would have it, the three recommendations were announced by the Democratic administration on the same day it announced its decision to ban fracking. Therefore speculations aroused as to whether this was intentional to ‘offset the brunt of the fracking ban with the promise of casino revenue’.

Mr. Bloomberg says the double announcement bears bad news as “Our strategy in New York state seems to be to open gambling casinos so we can rip the lungs out of the poor to subsidize upstate real-estate developer; That doesn’t help anyone in the area. I would certainly frack.”

Bloomberg made reference to the group which is working to wipe out natural gas along with coal in order to decrease climate change, by citing that “Today no, because there is no viable alternative” to coal-fired electricity without gas.