Now is the Time to Bet on Man City vs. Chelsea!

News >Now is the Time to Bet on Man City vs. Chelsea! 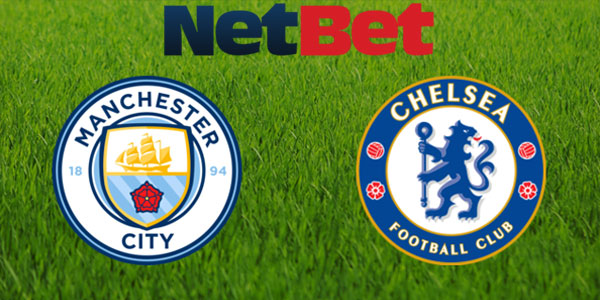 Two of the most popular teams in UK football will face off this Saturday, and now is the time to bet on Man City vs. Chelsea with NetBet Sportsbook!

We’re back again with another Premier League betting guide! This time we will look at the important game between Man City and Chelsea, which sees two of the top 3 teams in the league facing off. It should be amazing match, so let’s check out the betting lines.

Chelsea is currently ranked number one in the Premier League with 10 wins, 1 draw, and 2 losses for a total of 31 points. They have won their past four games due largely to their incredible offense, which will be put to the test against the mastery of Man City goalkeeper Claudio Bravo.

Man City is in a similar position with 9 wins, 3 losses, and 1 draw thus far in the Premier League season. Sergio Aguero and Yaya Toure are of course the Man City players to watch this season, and are one of the main reasons the team is ranked as high as they are. Aguero made UK gambling news back in August after being suspended for striking Winston Reid, but has put that behind him and looks better than ever.

As you would expect when two teams on top of the league face off, the betting lines for Man City vs. Chelsea are extremely close. Surprisingly, most online sportsbooks in the UK have Chelsea coming into this game as the slight betting underdogs, despite being the number one ranked team. Their odds to win are currently set at 51/20. Man City is just a slight favorite to beat Chelsea with odds of 21/20.

Who do you think wins the Man City vs. Chelsea game? Do you think the betting odds are right? Tell us what you think by leaving a comment below, and make sure to check out NetBet Sportsbook for a full list of Premier League betting odds and premier lotto midweek games with huge cash prizes!