Paddy Power ventures into US market, following the example set by 888 Holdings, Betfair and William Hill 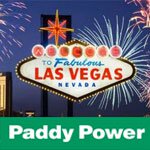 Both Betfair and William Hill invested in racing companies on the other side of Atlantic, and 888 Holdings entered a partnership with Caesars Entertainment. Paddy Power joins the pack and plans to apply for a Nevada online poker license the minute those become available read more in our (Nevada Leads the Way in Regulating Online Gambling in USA) article.

Recent reports stipulate that Paddy Power is looking to obtain a license for operation of online poker sites in United States . Such a license may be granted by Nevada gaming regulators and Paddy Power could also become a manufacturer and operator of mobile gaming devices.

Paddy Power chose Nevada because of the state’s continuous effort to change American gambling laws in order to legalize online gaming and online poker in particular. Nevada’s lawmakers are on the forefront of battle for the legal online gaming in the country.

The majority of Paddy Power’s profits come from online operations, with the company excelling in both Australia and Europe. The company has stressed that during the years of operation it has never accepted bets from American gamblers despite US being a highly attractive market.

Other reports suggest that Paddy Power is also interested in “on-premises” mobile gambling sector in Nevada, which has been recently opened up. This concept revolves around bettors being allowed to place wagers via mobile devices within the premises of licensed Nevada operators.

Breon Corcoran, Paddy Power’s COO, told United States gambling news: “The method of applying for the manufacturer and distributors license has been used in the past by people who want to pass probity to then allow them to consider a broad number of options.”