Gambling has almost become a tradition at this point in Peru. This pastime takes up a pretty large sector of the country’s 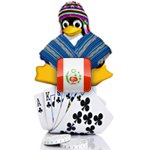 Gambling has almost become a tradition at this point in Peru. This pastime takes up a pretty large sector of the country’s economy, and the nation has maintained its status as the second largest gambling country in South America, despite the rising competition from surrounding nations. This, however, has not always been the case.

Up until a just a few years ago, Peruvian gambling law was extremely lax and the industry was not very well organized at all. There were many gambling operations running illegally in the country and the nation failed to take advantage of the benefits that the gambling industry has to offer.
This laissez faire policy went on for some time until, earlier in this decade, the government cracked down and decided to regulate. Many gambling centers were shot down due to lack of licenses and the unwillingness to cooperate. Though this may be the case, many of the existing casinos decided to go with the flow and remained in business, paying for licensing and taxes but still making a comfortable profit.
Peru now boasts the second highest concentration of gambling facilities with over 50 casinos operating. Most of these casinos operate for 24 hours a day and offer plentiful slots and table games to players.
Internet gambling in Peru is also legal but has not been running for very long. The Peruvian government issued the first online gambling license in 2008. Since then, a few other licenses have been issued and business is constant. Peruvian players can play on local sites or foreign based sites if they should choose to do so.
Brick and mortar as well as online casinos in Peru are very well regulated. As a result, they are quite popular and the government makes an outstanding profit from them. It seems as though Peru is wise enough to maintain its position as one of South America’s gambling leaders.