Landon Donovan is a US soccer star who plays for the Los Angeles Galaxy, and who was recently named the 2009 MVP 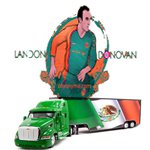 Landon Donovan is a US soccer star who plays for the Los Angeles Galaxy, and who was recently named the 2009 MVP for Major League Soccer. He is an American, and yet in recent weeks, he has been appearing in an advertisement on Mexican television where he can be seen promoting

GanaGol, the newest form of internet sports betting in Mexico.

GanaGol is a product offered by the Mexican television company Televisa. It is a lottery-style sports betting system, similar to parlay. Only a few bets are available for any given match – players can choose which team will come away winners, or can also bet that the match will end in a draw.

According to Mexican gambling law, this sort of sports betting is fully legal. “Televisa is not breaking, nor will it break any national or international laws (including FIFA regulations),” says Gambling Director Elias Fernandez. “The game (lottery) is structured in such a way that the prize money given out is a percentage of the sales. The organizer does not benefit from the results of the matches.”
The television commercial is somewhat more contentious than the new sports betting system. Donovan is shown “disguised” in very stereotypical Mexican attire, which includes a huge sombrero and poncho. He wears and obviously fake moustache. The advert shows him trying to sneak across the border from the US into Mexico. He is approached by a guard and is questioned. Donovan states that he is trying to get into Mexico so that he can play GanaGol. The entire commercial is in Spanish.
Some people in Mexico are insulted by the mocking nature of the advertisement, and its apparent commentary on illegal immigration. Others are upset by the over-the-top costume that Donovan wears. Of course, the decision about whether the commercial is racist, insensitive, or just hilarious will depend on who is watching it. Readers can watch the video here and decide for themselves.