Place Your Bet on Benavidez vs. Cejudo With NetBet Sportsbook!

News >Place Your Bet on Benavidez vs. Cejudo With NetBet Sportsbook! 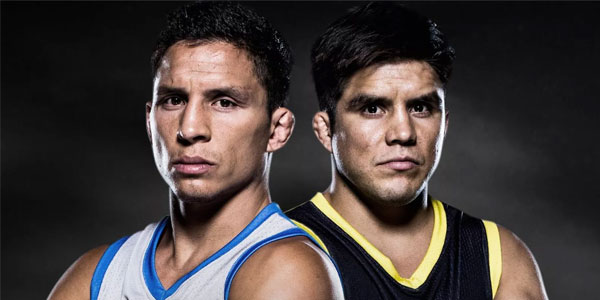 A massive number one contender fight between two of the top flyweights on the planet will soon take place, and now is the time to bet on Benavidez vs. Cejudo with NetBet Sportsbook!

The top pound for pound fighters on the planet will take on the winner of TUF 24 this Saturday, but before he steps into the cage, two men he has already defeated will face off in hopes of a rematch. You can bet on Benavidez vs. Cejudo producing fireworks, so let’s take a look at both men’s betting odds for the bout.

Joseph Benavidez had been on an absolute tear since his loss to Demetrious Johnson in December of 2013. He is currently riding a five-fight win streak with notable victories over Tim Elliot, John Moraga, and Zack Makovsky. In fact, Benavidez’ only losses have come to two of the best fighters on the planet, Demetrious Johnson and Dominick Cruz.

Cejudo was seen by many as the man that could take the title from Demetrious Johnson, but his momentum came to a screeching halt courtesy of the knees and elbows of the champ. Now, he is looking to rebound with an impressive victory on Saturday. If he’s successful, it’s likely he will get another shot at the title.

Most online sportsbooks in the UK list Benavidez as the betting favorite heading into Saturday’s fight. He has dominated everyone in front of him since his last loss, and is #1 in the Flyweight rankings. His odds to win are currently set at 20/39. Cejudo will need to rebuild himself after the devastating loss to Johnson this past April, and the first step will be a win over Benavidez. NetBet Sportsbook lists him as the slight favorite here with odds of 27/20.

Who else is fighting this Saturday?

As we mentioned above, Demetrious Johnson is headlining Saturday’s card against a yet to be announced opponent. A number of intriguing matchups will take place before that bout, including an important matchup between two veteran Welterweights.

Jake Ellenberger is hoping to continue on the success he had against Matt Brown when he takes on Jorge Masvidal. Ellenberger was one the verge of being cut from the UFC after 5 losses in 6 of his last fights, but he was given one last chance to keep his spot on the roster. He did that in impressive fashion, and if he can do it again this weekend he may soon find himself in the top 10 rankings.

Jake Ellenberger was on the verge of being released from the UFC less than one year ago (photo: graciemag.com)

Masvidal is one of the craftiest fighters in the UFC. He has been somewhat inconsistent as of late, but always gives his opponents a tough fight. If he can get the win over Jake Ellenberger, he will most likely get a big name opponent next, and may only be a few fights away from a top contender fight.

Ellenberger is entering this fight as an MMA betting underdog with odds of 2/1. Masvidal is the slight favorite at 10/31, according to NetBet Sportsbook.

Are you planning to bet on Benavidez vs. Cejudo? Who do you think wins? Tell us what you think by leaving a comment below, and make sure to check out GamingZion’s UK gambling news page to stay up to date on everything related to betting on UFC fights!