Place Your Bet on Who Will Become the NFL MVP This Season!

News >Place Your Bet on Who Will Become the NFL MVP This Season! 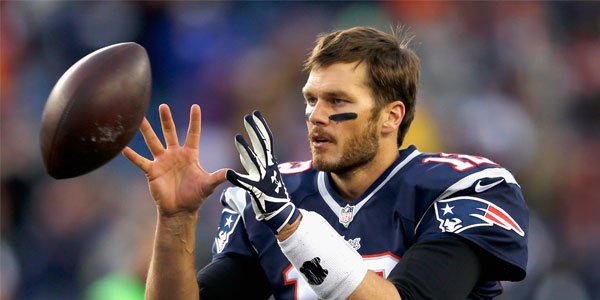 Who will become the NFL MVP this season? Let’s take a look at a few of the betting favorites according to one of the best UK sportsbooks, BetVictor.

The 2017 NFL season will officially kick off on September 7th. We’ve already covered some of the odds for who will win the Super Bowl this season, and now members of BetVictor can place their bet on who will win the MVP award.

This is one of the best American football bets you can make this year. Now let’s break down the odds for a few of the betting favorites to win one of the sport’s most prestigious awards.

Despite competing at the ripe age of 39, Tom Brady remains one of the NFL’s best players. He proved his career is far from over last season with one of the most incredible come-from-behind victories in Super Bowl history, and is now the betting favorite to win the NFL MVP award this year according to almost every online sportsbook in the UK.

Since joining the New England Patriots in 2000, Brady has won an incredible five Super Bowl trophies. He holds a number of NFL records including the most playoff games of any QB and is considered one of the best “steals” of any NFL draft.

With his incredible performances last season, many NFL betting experts predict he will be who will become the NFL MVP this season. As of June 2017, BetVictor lists his odds to win at 4/1.

Another player who was outstanding in the 2016/17 season was Dallas Cowboys QB Dak Prescott. The rookie began his career with the most consecutive pass attempts without an interception, and helped bring his team to the divisional round of the playoffs.

Dak Prescott won the NFL’s Rookie of the Year award in 2016 (photo: si.com)

Despite only 1 year in the NFL, Prescott is now seen as someone who will win the NFL MVP award this season. The odds makers seem to agree, as he’s listed as a 10/1 favorite to earn the honor in the 2017 regular season.

Prescott is without a doubt one of the most athletic QB’s in the game today, and it wouldn’t exactly make UK gambling news to see him earn the MVP award at the culmination of this season.

The final addition to our list of who will win the NFL MVP award this season is another legendary QB, Aaron Rodgers. The longtime Packers player has already won the MVP award twice in his career, and seems ready to earn a third this season.

Rodgers struggled through the beginning of the 2016 season, but showed his true talent later on with 401 completions in 610 pass attempts. For a time in 2016, the Packers were seen as the Super Bowl betting favorite, but were eventually defeated by the Falcons in the NFC Championship game.

If Rodgers can continue on the momentum he found in 2016, he has a real shot at becoming the MVP in 2017. His experience and solid roster of teammates certainly help his chances, and BetVictor lists his odds to earn the award at 10/1.

All three of these men have a solid shot at winning this year. To find a full list of the NFL MVP betting odds, make sure to head to BetVictor. Here you’ll also find a huge list of other 2017 NFL betting odds.

Who do you think wins the MVP award this year? Tell us what you think in the comment section below!