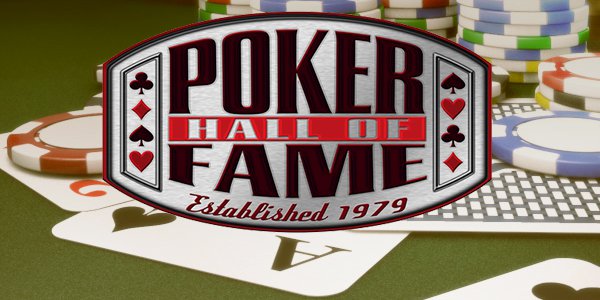 Some players enjoy the card game either for the fun of it or for the money, while others focus on sealing their name in the history of poker.

Being inducted into a Hall of Fame for any field is a privilege, however for poker players it is more than just a name on the wall. It is considered to an honor. At the moment there are 46 names in the Poker Hall of Fame (PHoF), while 21 of those are still living members of the special group.

It association was later purchased by Caesars Entertainment together with World Series of Poker in 2004. Despite the fact that the Hall of Fame is virtual in its essence, it is highly regarded among professional and serious poker players.

Usually, the PHoF nominates several outstanding players every year, while only one or two are generally elected to become members. After the inductees are announced, a concert ceremony is held in their honor at the end of the WSOP torunament every year in November in Las Vegas.

To be considered among the serious choices for the Hall of Fame, a candidate must first meet a set number of rules. Potential candidates must be at least 40 years of age at the time of nomination, must have played poker against recognized top competition and participated in high-stakes events.

Additionally, players have to stand the test of time, play consistently well to gain respect of fellow poker stars and must also contribute to the overall growth and popularity of the game of poker. Throughout the year players are actively observed across many US poker rooms for their skill and contributions.

Over the years some pretty big names have been inducted to the Hall of Fame, sealing their legacy in poker for all time. The inception of the acknowledgement in 1979 marks the only year there were more than 2 players selected into the PHoF, as every other year since there have been either one or two candidates.

From 1980 until 1987, there was only one player inducted into the Hall per year. They were: T “Blondie” Forbes, Bill Boyd, Tom Abdo, Joe Bernstein, Murph Harrold, Red Hodges, Henry Green and Walter Clyde “Puggy” Pearson respectively.

Gambling news reports that the year 1988 saw a slight change as there were two players: Jack “Treetop” Straus and Doyle Brunson. After that year, the association went back to rewarding a player a year.

People from the general public will be able to place their votes on who they consider to have been the most prolific players throughout the past year. Submission will be carried out online on August 15.

Following the specified date, all of the names voted for will be sent to the Nominating Committee, which is in charge of reviewing every submission and deciding the final shortlist of players as serious candidates.

The Committee also has the right to decide whether to add any other names to the list of potential candidates, for instance non-poker players who have contributed to the advancement of the great game. The final list is then announced in September, after which the current members of the Hall of Fame and select media personnel vote for the players.

The current Hall of Fame players rank the nominees in order of winning preference in a finalist ballot. They choose the candidates they consider to be worthy of admission into the elite group. Each member of the PHoF also has the right to add a name to the list that will be considered for the next year’s selection to the group.

According to online gambling sites in US, after they have received all the ballots, the PHoF governing council reviews the selection list and solve any tiebreakers or errors in the overall procedure. Two candidates that have the majority of the votes will be inducted to the Hall of Fame.

As previously stated, the acknowledgement is virtual and does not feature a real brick wall hall like the Major League Baseball Hall of Fame. Nevertheless, many poker players aspire to have their names on the limited list to go in history as a prominent player.