Phil Ivey going to court over claims of unpaid winnings. 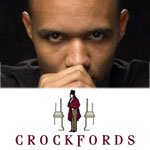 The high class Crockfords casino in Mayfair is at the center of the latest British gambling news, being sued by legendary US poker player Phil Ivey.

Ivey is the winner of nine World Series of Poker bracelets and one World Poker Tour title, a frequent player in US and UK poker rooms, as well as a member of Full Tilt Poker’s original design team.

The poker star had been a frequent visitor at the prestigious club, but is now suing the place over claims of unpaid winnings.

‘At the time, I was given a receipt for my winnings but Crockfords subsequently withheld payment. I, therefore, feel I have no alternative but to take legal action,’ says Ivey.

Speaking through his lawyers, ‘the Tiger Woods of Poker’ expressed regret over the move, saying that “Crockfords has left me no alternative but to proceed with legal action, following its decision to withhold my winnings. I have much respect for Genting, which has made this a very difficult decision for me.”

Genting issued a statement denying the claims and promising to fight them ‘vigorously.’ It is understood that the club operators returned only the player’s stake of GBP 1 million, but not the winnings. At the same time they launched an in-depth inquiry into a possible conspiracy to defraud the casino.

Although the in-house investigation was never escalated to the authorities, and thus it remains unclear whether any parties have acted in breach of British gambling laws or other regulations, Genting apparently believes they have got a solid case.

The Malaysian gambling operator currently owns around 40 brick-and-mortar casinos in the UK.