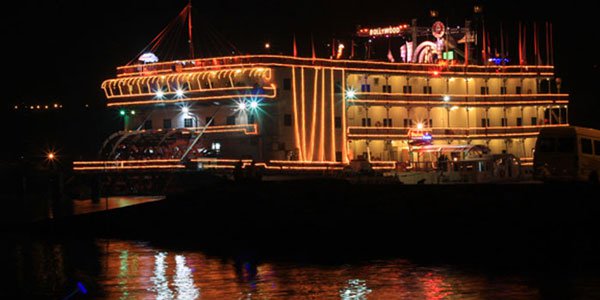 Indian politicians are discussing the fate of onshore and offshore casinos in Panaji, the capital of Goa.

Representatives of the Bharatiya Janata Party in Goa said they support land-based casinos and were opposed only to those operated from offshore.

The subject came up in the state assembly on Wednesday, when Chief Minister Manohar Parrikar said that offshore casinos would not be allowed to function in the Mandovi river off Panaji. Answering a query during the budget session, he said: “I assure you that by 2015, there will be no operational casino in the Mandovi.”

According to local gambling news, the five offshore casinos which currently operate in the river will be moved. The chief minister promised he would find a different solution for these gambling businesses to stay open. “If they approach me, we can think about giving them a place somewhere,” Parrikar said.

“Yes” to land-based, “No” to offshore casinos

At the moment, Goa and Sikkim are the only states where Indian gambling laws allow casinos. Goa has five offshore casinos and 10 land-based ones, which are run by five star hotel operators. These venues attract thousands of tourists every year.

For over seven years, the Bharatiya Janata Party claimed they were against the casino industry and promised to get rid of it. However, things changed after the party won the elections and came to power in 2012. “Our opposition was only to offshore casinos not onshore casinos. There is a difference,” Parrikar now claims.