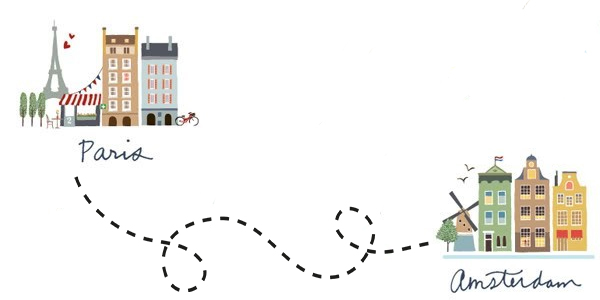 The ghastly Geert Wilders may have been seen off by Mark Rutte’s government but will the results of the vote in the Netherlands signal a shift in the likely outcome of the French election or will it be Trump and Brexit that wards away a populist victory in the French Presidential Elections?

There were a lot of eyes on the Dutch elections. Across Europe nations with elections of their own in the near future looked on in fascinated horror as the populist anti-immigration stance of Geert Wilders gained ground in the run up to the vote, and many in politics betting he’d win were surprised he was only sunk in his aims by the deft political touch of Recep Tayyip Erdogan who just at the right moment gave Dutch PM Mark Rutte something to be seen pushing back against when he needed it.

“After Brexit and the American election,” said Rutte after his win, “the Netherlands has said no to the wrong kind of populism.” A cue for much of the politics betting crowd to swing their attention to the upcoming French elections, the first round of which is on April 23rd, and the performance of Marine Le Pen another right-wing, anti-immigration populist as much a danger in France as Wilders is in the Netherlands. Many of the French gambling news will be of a Le Pen win will now have to think again.

Fillon Clings On In Politics Betting Scandal Won’t Scupper Him

Marine Le Pen has perhaps, on first glance, a more things going for her than Wilders did. The other conservative in the race, Francois Fillon, has been at the centre of a swirling scandal for which he is now under formal investigation, for quite some time. Whether he gave his wife and kids fake jobs at the tax payers expense probably won’t matter, the damage is largely already done, and most in French politics betting he’ll win are simply blind to just how far he’s fallen in the polls, Le Pen sapping supporters.

However before you decide to eschew your usual bet on sports in France at Bet365 in favor of a wager on Le Pen leading France into a neo-Vichy regime do bear in mind her ambitions suffer from the same issues Wilders had. Brexit & Trump. Trump has not done the reputation of populism much good, and the economic woes ahead of the UK are likewise pretty unattractive, but no one enters politics betting they’ll lose, and Le Pen has been gaining ground ahead of that first round of voting just a month away.

Bet365 Has All The Odds On The French Presidential Election

As usual with politics betting there are some interestingly bonkers choices out at the extremity of the odds being given by sites like Bet365 . If you think the 500/1 on Francois Holland is laughable the 150/1 you can find on Nicolas Sarkozy is hysterical, however the sensible choices in the French Presidential Election really are just the top three with Fillon and his scandals sitting at around 11/2, which, considering the fuss being made in the press, is quite generous, but probably not worth the punt.

Better luck in France for the right? (Photo: Julien Warnand/EPA)

That leaves Le Pen and Macron duking it out at the top of the field with the former closing up and the latter drifting out a little bringing them closer together. The Dutch election might have been a relief, the French election could just stoke the tensions, especially if Le Pen is close going into the second round in May. At present you can take advantage of French gambling laws and find 5/2 on Le Pen at Bet365 and 4/7 on Macron, but those odds might shift some if current events play a role as they did in the Netherlands.