What Makes Conor McGregor so Special? 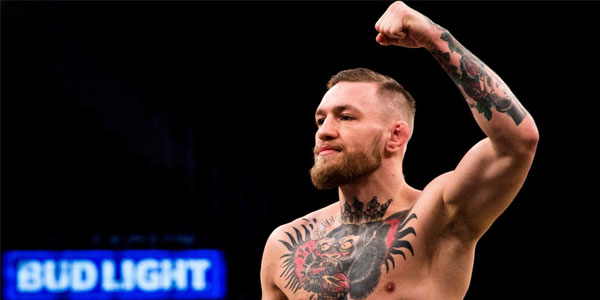 The undisputed UFC lightweight champion is one of the biggest personalities in sports. Here we take a look at what makes Conor McGregor so special.

In less than four years, Conor McGregor became the biggest star in the UFC. His rise has been meteoric, and every fight he takes seems to be bigger than the last. His future is not entirely known at the moment, but all signs are pointing to him taking a boxing match opposite Floyd Mayweather. In this article we take a look at what makes McGregor so special.

His belief in himself

Part of this strong confidence likely stems from his rigorous training regime. McGregor often claims he’s the hardest working athlete in the sport, and based on his results that’s hard to argue. Even after his loss to Nate Diaz at UFC 196, he changed up his training to focus on cardio, and managed to go all five rounds with one of the best conditioned athletes in MMA.

Without this strong self-belief, McGregor would never be willing to step into the ring with boxing’s pound for pound best fighter. That fight with Floyd appears to be in the works for June, and you can expect Conor to go in supremely confident. Most online sportsbooks in the US including Intertops have already set the McGregor vs. Mayweather betting odds, and it’s Conor who comes into the fight as a massive underdog at 7.00.. Floyd’s the favorite with odds of 1.08.

He has the perfect body type for MMA

Another talking point about what makes Conor McGregor so special is the fact that he has the perfect body type for MMA. Unlike many of his opponents who McGregor describes as “short, stocky wrestlers with an overhand right,” Conor is a long limbed striker.

Conor also has the unique ability to jump between weight classes. He’s competed and won titles at featherweight, and has fought as high as welterweight. No matter what weight division he fights in however, McGregor is able to maintain his speed and strength.

Conor McGregor’s body type really allows him to fight in any style. He’s strong enough to employ a wrestling heavy game plan like he did against Max Holloway, and can also fight five rounds striking as he showed against Nate Diaz at UFC 202.

He has an entire nation behind him

The Irish MMA fans are known for being some of the most passionate fans in the world. They have continuously traveled across the world to watch Conor compete, and helped to push the Dublin native to achieve greatness.

Having an entire nation behind him is without a doubt one of what makes Conor McGregor so special. Even the most popular fighters in the US and UK don’t have the kind of national support that Ireland shows to Conor.

McGregor is without a doubt an international superstar, but his home country of Ireland shows him the most love. If he can make US gambling news this summer by beating Floyd Mayweather, he’ll likely reach an entirely different level of popularity.

Truth be told, there’s many factors when considering what makes Conor McGregor so special. He has supreme confidence, the perfect body type to excel in MMA, and has the backing of his entire nation. Does he have a chance to beat Floyd? Who would you like to see him fight next in MMA? Tell us what you think in the comment section below, and make sure to check out Intertops for a full list of Conor McGregor’s betting odds.