Premier League Round 8 is Ready for Serious Football Action

News >Premier League Round 8 is Ready for Serious Football Action 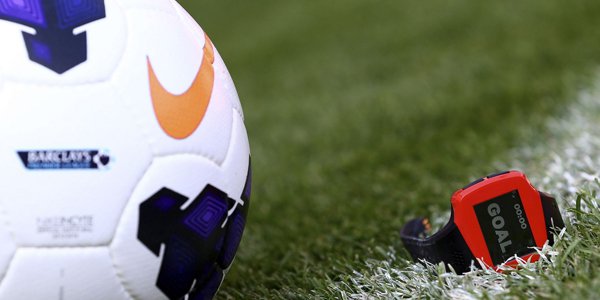 After a fortnight of no domestic football action, the Premier League is back this weekend for round 8 and it offers some juicy encounters that punters will love.

Premier League clubs have so far played only once since October started. Due to the international break that took away the spotlight from the English top flight, punters had to settle for making wagers on their preferred countries instead of their favorite clubs. However, following a two-week absence online players can now once again make their usual bets.

All 20 Premier League teams will see action this weekend with the majority of the games played on Saturday, while two are reserved for Sunday and one will be played on Monday evening. Considering that many top players were called on international duty where they gave their full efforts, some matches may in fact be unpredictable to a degree.

Chelsea sit comfortably on top of the table with a total of 19 points. Manchester City are trailing in second place with 14 points, so even if Jose Mourinho’s men were to lose the upcoming game against Crystal Palace away, they would still remain in lead. Nevertheless, the Blues are expected to be routine winners against the Eagles.

• Liverpool faces a challenge against QPR on Sunday

Mobile betting provider Bet365 gives Chelsea favorite odds of 1.40 (2/5), and it’s not surprising considering the immense talent that they have. Diego Costa was successful in finally scoring for his adopted country (Spain) against Luxembourg after 514 minutes of not finding the back of net, so now he should have the momentum to keep going strong in the Premier League.

Man City have been solid in the league so far and were it not for Chelsea’s impressive revival they probably would have claimed the top. They boast one of the most expensively assembled squads in the top flight, however they haven’t managed to capitalize on that when they played at home this season. So far they have only managed to win once at the Etihad, while also recording one draw and one loss.

Although they are favorites 1.44 (4/9) heading into the match against Tottenham, the fact that they haven’t been able to replicate their away success at home may come back to hurt them. Tottenham know this so they will be looking to take advantage of the situation and try to pull off a surprise. Wagering on a draw 4.50 (7/2) may be a good option to consider.

Struggling teams will continue to struggle

Arsenal has endured a shaky start to the season. Despite investing in some talented players over the summer, the team still lacks the fearsome element that saw them win the 2003-2004 season without a single defeat. Alexis Sanchez has so far been an average player since making the switch from Barcelona for a rumored GBP 30 million.

The Gunners, who sit in 8th place with 10 points, will go up against Hull City. Arsenal’s home record is also worrying as they have only managed a single win and two draws on their home turf. Nevertheless, Bet365 ranks them strong favorites with odds of 1.36 (4/11), while betting on Danny Welbeck to score 2.10 (11/10) may also prove lucrative.

Liverpool travels to London as they gear up for a match against Harry Redknapp’s QPR. After losing their talisman Luis Suarez to Barcelona during the summer, the Merseyside team don’t possess the same threat in front of goal. Since Daniel Sturridge has suffered an injury in September, the Reds had to rely on uncertain striker Mario Balotelli.

Although Liverpool have lost two games and only won once while on the road, they are viewed as the better team according to many online sportsbooks in the UK. Bet365 has assigned odds of 1.53 (8/15) for the Reds to seal a win, however taking into account their recent performances a draw may also be likely 4.00 (3/1).

other teams to watch out for during the weekend

Manchester United will visit Wet Brom where they will aim to record a win in an attempt to slowly get out of their current slump. Despite making progress up the latter by clinching fourth spot, they still aren’t convincing enough in their games. However, they are favorite against West Brom with 1.73 (8/11) odds.

Burnley and West Ham will square off against one another on Saturday where both of the teams have equal odds of making it, so a draw is probable 3.25 (9/4). On the other hand, Everton will try to finally establish themselves with the big summer recruits by capturing the all-important 3 points against Aston Villa. The Blues are favorites with 1.53 (8/15) odds.

Newcastle and Leicester will go head to head this weekend where the former will try to crawl out of the relegation zone, however it doesn’t seem likely as the odds for them sealing a win stand at 2.15 (23/20). Stoke will host Swansea on Sunday in a match where both clubs are viewed as having equal opportunities with odds being 2.40 (7/5) and 3.00 (2/1) respectively.

Southampton has been a true revelation this season by making significant progress up the table, as they currently hold 3rd position. Gambling news reports they maintain a great home record of 2 wins and only one draw, so when Sunderland visits on Saturday they will face a tough time. Bet365 rightfully ranks the Saints favorites 1.57 (4/7) heading into the clash.