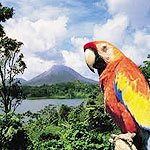 Costa Rica serves as a base for a substantial number of gambling operators, which operate under standard business licenses. The country does not have a legal framework for a licensing system specifically targeting the operators of gambling ventures. In the past, all attempts to introduce Costa Rican gambling laws have met with failure due to the strong lobbying efforts by wealthy online internet gambling enterprises which are based inside the country.

The new government promised to introduce a tax for all online poker rooms, internet sportsbooks and online casino in Costa Rica as part of its campaign platform. President Laura Chinchilla hoped to use the revenues from the new onling gambling tax and licensing fees to combat the unprecedented recent spike in violent crimes, including armed robberies, home invasions, drug trafficking, kidnapping, extortion, carjacking and murder for hire. The president used this proposal as the foundation of her last year’s election campaign.

Proposals included a fifteen percent levy on gross revenue of online gambling operators and an annual tax of $50,000. However, recent reports suggest that the introduction of the proposed online gambling tax scheme has been shelved for now, with the government focusing on more urgent tax reforms.

Regional media suggested that there were other reasons for temporary abandonment of taxation plans. Trade associations and large industry players exercised enormous pressure on the government to reconsider the size of the levy. Anti-tax groups included the Costa Rican Association of Casinos (CRAC), the Association of Call Center Employees and current opposition party.

Minister of the Presidency (Alter ego de la Presidenta), Marco Vargas, commented that the proposal to introduce online gambling taxation regulations “was not viable”. Jorge Hidalgo, President of CRAC (Costa Rican Association of Casinos), suggested that government’s initial proposal could inevitably lead to demise of the gambling industry including the hosting of online gambling sites in Costa Rica.

Online gambling operators, which operate out of Costa Rica, are spending a great deal of time and resources to be on top of the latest taxation developments within the country. All plans to impose a 15% levy on gross revenue and $50,000 annual tax on online casino operators are non-viable for this or the next fiscal year. However, once the government completes the revision of ‘other tax schemes’, it promises to return to the question of online casino taxation and licensing.