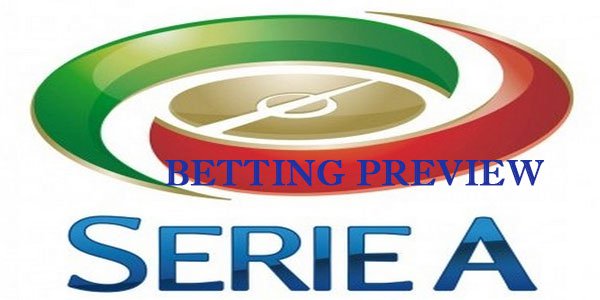 Get ready for another round of the football in the Italian top flight where you will be showered with amazing matches.

Italian gambling news reports that this weekend might be defining for some teams in the Serie A as they will have less and less chances of making their presence known as the season slowly approaches its finish. Cagliari will face Sassuolo on Saturday evening while AC Milan will travel to Rome where they will come across an in-form Lazio who are currently 5th.

On Sunday, the current three-time successive champions Juventus will go up against Chievo in a game that is expected to finish with an easy victory for the hosts. Parma and Cesena will also lock horns in a match that bears uncertainty considering their recent results.

Cagliari vs Sassuolo and Lazio vs AC Milan

Sassuolo have not enjoyed some great times this season despite setting out to accomplish a better standing by this stage of the competition. They now sit in 11th place with only 25 points, while their away record stands at 3 wins, 4 draws and 3 losses, which is quite concerning but luckily for them they will next play against Cagliari who are currently in 18th position with only 16 points.

While playing at home Cagliari have notched 1 win, 3 draws and 5 losses, which is why Bet365 has given them odds of 2.15 (23/20) for the game against Sassuolo at home. A draw 3.30 (23/10) may be the most probable outcome of this match considering their performances in recent times. Although the visiting side are not likely to win the odds have been set at 3.40 (12/5).

The following game will be played between Lazio and AC Milan at the Stadio Olimpico and the hosts are viewed as the stronger team by many online sportsbooks in Italy. Bet365 has decided to give Lazio the upper hand 1.95 (19/20) to seal a win, thanks to their home record of 6 wins, 0 draws and 3 losses which has granted a decent 5th position on the table.

AC Milan are a completely different story. They went from being a world class team with plenty of superb talent to a side that can hardly win back-to-back games. They are now in 8th position on the table with only 26 points from 19 games. Bet365 has given them outsider odds of 4.00 (3/1), mainly because of their dire away record (2 wins, 6 draws and 1 losses). A draw between them stands at 3.30 (23/10), however that event is not very likely.

Juventus vs Chievo and Parma vs Cesena

Juventus, who are the leaders of Serie A, have accumulated an overall of 46 points do far and sit 5 points clear of AS Roma who are the only team that at this moment has the ability to potentially disrupt the leader’s plans of clinching another title. Napoli are 3rd on the table and are not viewed as a serious threat for Juventus taking into account that the former only has 33 points.

Chievo will find it rather hard to disrupt the current momentum that the Turin side is enjoying and especially since the latter will be playing at home. Bet365 has given Juventus highly favorite odds of 1.16 (1/6), while Chievo have been dealt outsider chances 19.00 (18/1) due to their away record being 3 wins, 2 draws and 4 losses.

Parma are looking to beat Cesena at home when they host them on Sunday afternoon. The hosts have notched 2 wins, 1 draw and a staggering 7 losses while playing away from home and they currently occupy the last place in the league. Under Italian gambling laws, Bet365 has assigned odds of 1.60 (3/5) for Parma to win, while the visitors have been given underdog chances.

Cesena are not in a better position than their opponents and are only located one place above them (19th position). While playing away from home they have never won a match, while the rest of the games resulted in 2 draws and 7 losses. Bet365 has decided to brand them as outsiders 6.00 (5/1) for this encounter, while a draw stands at 3.60 (13/5).