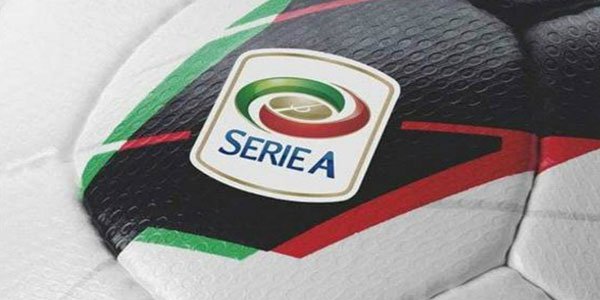 Get ready for some fantastic Italian football this weekend which will definitely offer you with a great chance to maximize your earning potential.

In this weekend’s edition of the Serie A Hellas Verona will play against Torino at home and it should provide punters with plenty of betting opportunities. Italian gambling news reports that the current leaders Juventus will be looking to beat rivals AC Milan in order to extend their lead and seal the championship earlier than expected.

There will also be a great encounter between the likes of Fiorentina and Atalanta. This game might bear some uncertainty, however punters will surely pay close attention to this game as it might offer them something extra other ones don’t. And finally we will also take a look at the match where AS Roma will play against Cagliari away.

Hellas Verona vs Torino and Juventus vs AC Milan

Hellas Verona currently sit in14th place with only 24 points from 21 games up until now. In the last 5 games that they have played they only managed to win on 2 occasions, while the rest of the times the matches ended in 2 losses and 1 draw. Bet365 has decided to give them underdog odds which stand at 3.10 (21/10) due to their poor record at home (4 wins, 2 draws and 4 losses).

Torino have made some changes to their squad over last summer, which is part of the reason why they are now in the middle of the Serie A table. Thanks to 28 points they managed to reach 10th spot while having a record of 3 wins, 2 draws and 5 losses while playing on the road. Mobile betting sites have earmarked them to capture the essential 3 points by giving them decent odds 2.40 (7/5), while a draw has been set at 3.20 (11/5).

Juventus are getting ready to face AC Milan this Saturday evening. The Turin side are the current leaders in the Serie A and only AS Roma has the ability to stop them from claiming their fourth straight league title. The leaders maintain an outstanding record at home (8 wins and only 2 draws) and that is why they are the absolute favorites to win 1.36 (4/11), per Bet365 .

AC Milan on the other hand can be found all the way down in 8th position with only 29 points. They don’t possess the same firepower that they once had, which is part of the reason why they have only won 2 games while playing away, whereas the rest of the times they tied on 6 occasions and lost twice. Bet365 has given them outsider odds 8.50 (15/2), while a draw is also not a realistic option for the game 5.00 (4/1).

Fiorentina vs Atalanta and Cagliari vs AS Roma

Fiorentina find themselves in 6th spot with 32 points, but looking at their squad they could have done better until this stage of the competition. And now they have sold their star winger Juan Cuadrado to Chelsea which means that they will have a hard time adapting to life without him in their ranks. Nevertheless, for the upcoming clash against Atalanta, Bet365 still favor the hosts to seal a win 1.50 (1/2).

Atalanta on the other hand have been dealt bad chances 7.00 (6/1), due to their standing in the league (15th) and record while playing on the road (2 wins, 4 draws and 5 losses). A draw 4.20 (16/5) is most that they can hope for however that doesn’t seem very likely considering the results so far. This will perhaps be a one sided game which will see Fiorentina claim the 3 points.

Cagliari sit in 17th place with only 19 points from 21 games. If they slip up against their upcoming opponents AS Roma, then they will drop into the relegation zone and be in greater danger than they are at the moment. At home they have notched 2 wins, 3 draws and 5 losses and their last 5 games overall resulted in 1 draw, 2 losses and 2 wins. If they weren’t about to face a strong side such as AS Roma, then they would have a chance of recording a tie.

However, the club from the capital are 2nd in the league and have a total of 43 points, 7 points behind leaders Juventus. At home they record is great, while away it is somewhat less impressive (5 wins, 3 draws and 2 losses), but online sportbooks in Italy still favor them to win the game. Bet365 has given AS Roma odds of 2.00 (1/1), while Cagliari have been dealt underdog chances 3.00 (3/1).