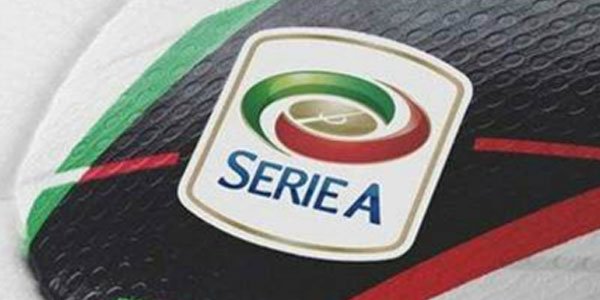 Make sure to check out part II of our Serie A round 22 betting preview so that you have a chance to scoop big rewards with great wagers.

Napoli will play against Udinese on Sunday in a game that is viewed by many in the Italian top flight to be rather easy for the former side. With their current crop of players Napoli should be able to pull off a win. According to Italian gambling laws, Sampdoria will take on mid-table side Sassuolo at the same time that Napoli will play Udinese.

Later in the evening, Inter will do everything within its powers to overcome Palermo. The Nerazzurri are far from the team that they once were, but they can still manage to win this one if they keep their composure. And lastly, we will also take a look at the game between Lazio and Genoa in what is looking to be a great match.

Napoli vs Udinese and Sampdoria vs Sassuolo

Napoli hold 3rd place on the table thanks to the 39 points they have accumulated so far this season. They boast an impressive squad however they were unable to utilize all of them as effectively as they had previously hoped, which is why they are stuck behind leaders Juventus and AS Roma. Over the course of the last 5 games they had a great run, winning 4 encounter and losing only once.

Sampdoria sit in 5th spot with 34, which is not bad considering their squad and limited financial backing. While playing at home they have sealed 5 wins, 5 draws and 0 losses and during the last five games overall they have notched 2 wins, 1 draw and 2 losses. Bet365 have decided to give them solid odd 1.80 (4/5), due to their recent performances.

Sassuolo are currently located 6 places down from Sampdoria. They now have a total of 28 points which has granted 11th place on the table. Over the course of the last five games they have won 2 games, while rest of the matches resulted in 2 draws and 1 loss. Mobile betting sites have therefore decided to assign them unfavorable chances 4.75 (5/2), while a draw stands at 3.50 (15/4).

Inter vs Palermo and Lazio vs Genoa

Inter are still in the process of transition after former manager Roberto Mancini took over the helm of the club late last year. They are all the way down in 13th position with only 26 points and looking at their records so far this season they have a long way to go before they can challenge for the top spot. At home they have blundered several times which is why their record stands at 4 wins, 3 draws and 3 losses.

They are getting ready to face Palermo in what should be a good match for betting enthusiasts. Since the visiting side have only managed to win once while playing away, with the rest of the games ending in 5 draws and 2 losses, it makes sense that Bet365 have earmarked Inter1.80 (4/5) to capture the all-important 3 points of this upcoming match. Whereas a win for Palermo has been set at 4.75 (15/4) and a draw is 3.50 (5/2).

And the last game that we’ll look at is the tie between Lazio and Genoa, which will be played in Rome on Monday evening. The club from the capital has managed to make progress in recent games and now sits in 4th place with 34 points overall. At home they also maintain a pretty good record (7 wins, 0 draws and 3 losses), although some would argue that they may be could have a bit better at times.

Genoa are struggling to keep up with all the better sides in the league and now they stand in 9th position with 29 points. Their record while on the road is rather uncertain (4 wins, 3 draws and 3 losses) and for this reason online sportsbooks in Italy have decided to award Lazio with preferential odds 1.57 (4/7), while Genoa have been assigned outsider status 6.00 (5/1). A draw 4.00 (3/1) between them does not seem likely judging by Lazio’s home record.