Seven Things You Shouldn’t Do In An Indian Casino 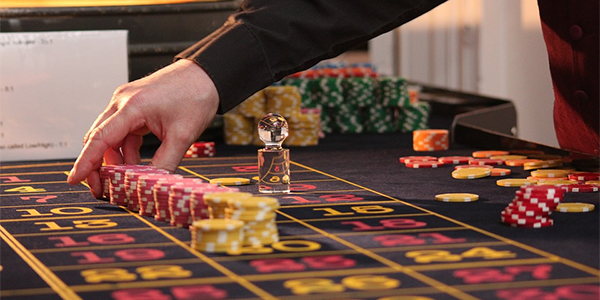 With celebrities like Khloe Kardashian and Little Mix being accused of cultural appropriation for having a slightly different hairstyles, the US President Donald Trump describing much of the world that isn’t Norway as “Shithole countries” and tourists in Asia being arrested for indecency because they were having fun it would seem this is the age of sensitivity and if you don’t want to upset the locals there are some things you should avoid doing during your night out at an Indian Casino, here’s a few examples.

Whilst naturally the climate outside may be far warmer than you’re used to and if visiting an Indian casino to take advantage of the rapidly liberalizing Indian gambling laws whilst it might be tempting to wear as little as possible it’s probably wise that you pay a little attention to local norms and attempt to make what you’re wearing as similar as possible. Revealing clothing is to be avoided, it’s uncommon away from the tourists beaches, and whilst there’s no need to be overly conservative it’s best to lean that way sartorially speaking.

Pointing your feet or fingers at people is seen a hugely insulting in India, and this will be just as true within any Indian casino despite most casino in India being relatively forward facing establishments. Just remember that pointing at people isn’t likely to get you a very positive response anywhere, and indeed in several pubs I could mention off hand pointing at anyone is likely to gain you a far more immediately hostile and violent response than you might encounter anywhere in Asia, so probably best if you just learn to incline your head instead.

The traditional belief that the left hand is the “unclean” hand is less prevalent with each passing generation however some of the stigma still remains and in the hugely superstitious world of an Indian casino there’s likely to be one or two local patrons that might frown if you throw the dice with your left hand, check your cards with it or use it to eat or drink. Naturally their reaction isn’t likely to be too overt, you’re a foreigner, they’ll make allowances, but even so if you can’t avoid it try online gambling in India instead where no one can see.

India is a massively romantic place and it can be easy in the heat of the moment to forget that it is also a very conservative society and the displays of public affection that are common in more western societies will be frowned upon by your fellow gamblers at any Indian casino. You may consider it lucky to receive a kiss from the one you (currently) love before you roll those bones but you’re likely to be the only one and to avoid the complaints of more conservative locals you should perhaps save that sort of thing for the privacy of your hotel room.

Asking people direct personal questions can be seen as massively aggressive in some western countries however the inquisitive inquiries you’re likely gain stood gambling in an Indian casino are just parr for the course and you may be as frank or evasive as you wish, just don’t lose your cool if other patrons find you curious enough to question. You may also want to understand that your personal space has shrunk hugely since your arrival in India and now barely exists at all and losing your temper about it won’t do you any favours at all.

Gratitude is hard to avoid when travelling, your progress often dependant upon the goodwill of strangers, however in that Indian casino there will be very stratified levels of formality that both staff and patrons will, even unintentionally, be observing and a common mistake is to believe politeness is always the best policy. It isn’t. Whilst inside an Indian casino you’re unlikely to get too much hassle you may still find it necessary to resort to terse verbalizations you’d consider hugely inappropriate at home if only so you actually do get your point across.

7. Talk Politics In An Indian Casino

There’s a time and place to discuss Indian politics and during an evening at an Indian casino or within a poker room in India is almost certainly not it. You might believe that the political scene where you live is quite divisive but that is nothing compared to India and any discussion at all is likely to split your audience a myriad of different ways and bring the high spirited part of the evening to an end. The same can probably be said of religion and Cricket, although that latter warning probably applies only to Brits or Pakistanis if we’re honest.