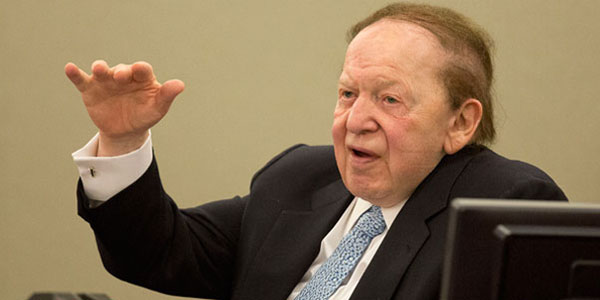 The casino magnate’s Las Vegas Sands have to pay big after this property of Sheldon Adelson fined to $9 million in the foreign corruption case that has been running for years.

The Department of Justice together with the Securities and Exchange Commission (SEC) has been investigating some transactions of Las Vegas Sands, Adelson’s property, for five years in a foreign bribery case. It was concluded with Sheldon Adelson fined to $9 million. And he doesn’t even have to admit committing any crime or violating US gambling laws.

The reason why SEC looked into Las Vegas Sands books was the present of some suspicious transactions in the past to an intermediate involving a huge amount of money. The SEC investigation against Las Vegas Sands found that $62 million was paid to the intermediate.

Allegedly, this money was transferred for the sake of purchasing a Chinese basketball team and a building for hosting a future business center. However, these deals never occurred. Las Vegas Sands had to use a “beard” in the first place because Chinese gambling laws prohibit the owning of basketball teams for gaming companies.

During the SEC investigation against Las Vegas Sands, Adelson told the authorities that did know nothing about the plans for the business center. Still, Sheldon Adelson fined to $9 million through his asset, Las Vegas Sands, and that’s the end of the story. Well, almost. Adelson himself doesn’t have to admit any guilt, but he has to hire and independent consultant to inspect Las Vegas Sands’ books for two years.

The Las Vegas Sands released a statement, quoting Adelson, who was “pleased to have the matter resolved…We will build on this experience, which has reemphasized to our 50,000 team members worldwide the same values I have made the foundation of my seven decades in business – integrity and reputation matter.”