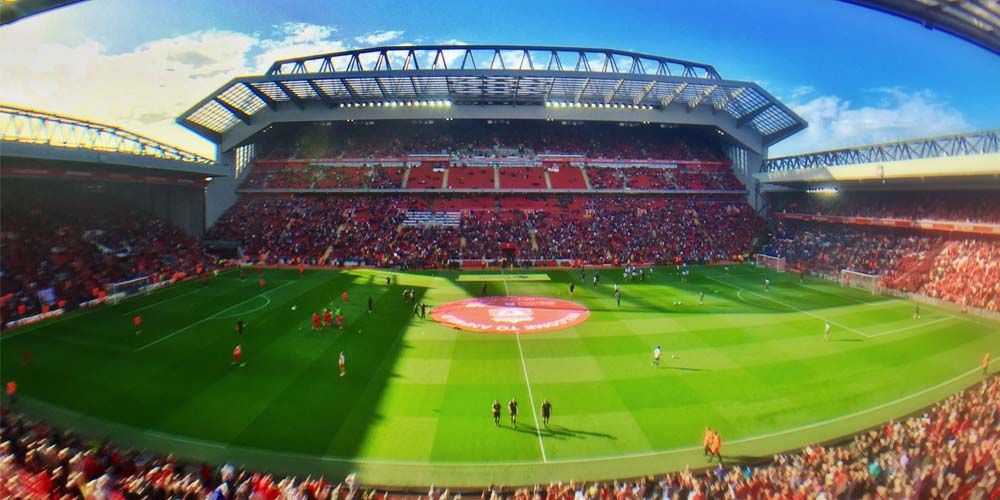 Following complaints I don’t write about Liverpool let’s take a quick look at their chances of them managing to win the league title this year, the prize most fans seem to insist is the most important to them. The 2019 EPL odds on Liverpool are currently around 6/4 at Bet365, one of the best online sportsbook sites in the UK right now, which isn’t that far behind Manchester city at 8/15 and pretty much ensures this season is going to be decided by errors and not victories.

“For us, it is clear.” Said Jurgen Klopp with trademark matter-of-factness. “City don’t look as if they’ll drop a lot of points so we have to win, to win and to win.” Which is easy to say but quite another thing to manage when the pressure is on, and the pressure is definitely on. The 2019 EPL odds on Liverpool have been undulating just below those of Manchester City for months, and the Reds haven’t been cruising to victories of late as much as they have nail-biting close finishes.

Their performance against Porto was accomplished but still showed moments of weakness that a faster team might have picked up on, and indeed the 2019 EPL odds on Liverpool never quite overtake Man City’s because they haven’t looked as assured. A fact that doesn’t necessarily bode well as they host Chelsea on Sunday despite Bet365, one of the best online betting sites in the UK giving them 4/7 odds to win with the Londoners some way off that price at 19/4 right now.

Manchester City Still Have The Advantage

The 2019 EPL odds on Liverpool will likely shorten even further if they bounce that hurdle on the weekend, the chances are they can manage the rest of their opponents this year with little trouble, well, unless Cardiff surprise them. Certainly Manchester City have slightly tougher opponents to play in their last few matches, but they’ve not put a foot wrong and look every inch the champions, something Liverpool have only managed fleetingly despite their successes.

Top of the table by a single point the 2019 EPL odds on Liverpool are perhaps a little unfair but one of the reasons they languish behind the midlanders is because of goal difference where Man City have a distinct advantage. City is on 62 well ahead of Liverpool’s 55, and whilst it might not sound a lot those seven goals are a hell of a lot to make up with so few games remaining in 2019. That said if you want to bet on sports in the UK right now you’d be heartless to back Man City.

After that traumatic Champions League final in which their former goal-keeper lost his mind and them the game, Liverpool have been on a long road back to the same heights from which they fell. Sure, they look set to make the semi-finals of the Champions League, but to keep them away from the ghosts of that defeat to Real Madrid that haunt that competition for them the Merseyside lads have been focused on the league and those 2019 EPL odds on Liverpool match their hunger.

“Nothing is decided.” Klopp contends evenly saying of their return visit to Porto “The game is still on.” Which is true, however, if you’re going to take advantage of UK gambling laws to stop by Bet365 and wager on the Champions League, you’ll find Liverpool are still out at 7/2. This is a far longer price than the 2019 EPL odds on Liverpool winning, and the same chance Juventus is getting and behind both Man City and FC Barcelona who are joint favorites at 3/1 to be champs.

Check out our review about bet365 Sportsbook!