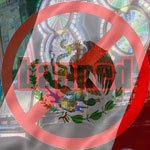 There’s a pretty big piece of gambling news coming out of Mexico, as it has been announced that slot machines are to be banned. The government decree bans the machines – known as “coin swallowers” in the central American country – after they had started appearing throughout the country.

There’s a potentially even bigger change in Mexican gambling law, too, as casino licenses have also been limited. Whereas casino licenses used to be issued for periods of up to 40 years, now they will be limited to a maximum of 25 years. Another change is in preventing companies from sub-leasing those licenses to other operators.

Previously, casino owners would lease out their concessions to other operators, a loophole that has been criticized for leading to more opportunities for malpractice. Now, however, this has also been put to a stop, with the concession being limited to the license holder alone.

With online casinos in Mexico surely next on the agenda for the government, gamblers in the country may have a hard time finding the right place to play. The Mexican government have been looking into the blocking of foreign based online casinos for a while now, and this looks set to come into play some time in the near future.

However, some of these two moves could actually be beneficial. The government has not banned the use of video based games, meaning a number of slot machines and video poker games are still available for the selective gambler. With casinos still around – albeit with reduced licenses – you can play your favorite table games, too.

With the gambling landscape changing around the world, many countries seem unable to find the right solution just yet for the rise in internet gambling. Mexico is just the latest to use strict limits to attempt to stop problem gambling, but there are no guarantees that this is the right way forward.