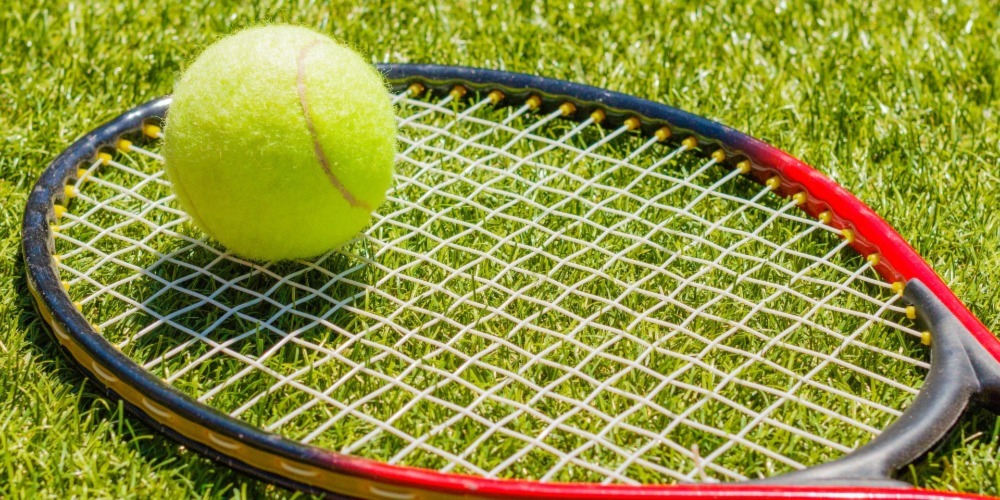 Tennis has been in the crossfire of scam accusations for decades, not for star player matches but lower-level tournaments and players. Players and other stakeholders involved in a match-fixing scandal can usually expect to be fined, suspended, or banned. Scams affect many sports, hitting the entire betting industry hard. Although there are signs that the number of attempts is declining, it is virtually impossible to eliminate match-fixing. Get ready! There are roughly three times as many tennis scams as in all other sports combined! That is crazy! Makes one wonder why tennis is the number one betting scam target!

Tennis As a Betting Scam Target

After interviewing 3200 players, 14,5% said that they had personal experience with betting fraud. So, as you can see, it is a pressing issue. These violations happen mainly in lower-level tournaments, but they have not found anything in the more prominent matches like the ATP Tour. Serious questions about corruption arose in 2016 after they discovered that several judges were deliberately manipulating sports betting. Then they decided to set up an independent body to review the sport. Unsurprisingly, they found plenty of violations and match-fixing. We collected the reasons and some examples of tennis as a betting scam target below.

More than a dozen people have been charged in Spain for tennis match-fixing. The lawsuit began in early May, and if found guilty, the participants could face a lengthy prison sentence. The 14 defendants have to face severe penalties. They accuse them of all belonging to a criminal group. The scandal that erupted over this case is the cause why Spain is putting more emphasis on stopping match-fixing. Spanish prosecutors asked for two to six years in prison for the scammers. The Spanish Civil Guard discovered the crime in 2018 in cooperation with EUROPOL and the Gambling Regulatory Unit.

Police also accused a Spanish tennis player, Marc Fornell, of participating in the gang at the time. According to the judge, the criminals earned more than € 3.6 million from match-fixing and betting fraud. The group stole the identities of thousands of citizens. They used their identities to place bets while trying to hide their tracks and activities. The gang connected the personal data to the betting accounts and electronic wallets and divided the profit among them. This allowed them to disguise their true identities and provided a way to avoid paying taxes on illegal profits.

The severity of the problem is also obvious by the fact that they banned tennis player Ksenia Palkina from tennis for life recently. According to  22bet Sportsbook, the 32-year-old Russian player previously ranked 163rd in the standings but lost all her achievements for participating in several scams concerning her games. Parking admitted to selling matches in 2018 and 2019. As a result, the International Tennis Integrity Agency announced in late April that Palkina received a $ 93,742 fine and a 16-year ban. The ban came into effect when it received a preliminary ban in 2019. Since it includes a six years suspension, she can return to tennis at the age of 39.

Tennis is the Number One Betting Scam Target

Tennis has been accused of being a betting scam target from time to time since the infamous 2007 Nikolay Davigyenko – Martin Vassallo Arguello match. This was the first time the public could see how they can influence the less significant tournament matches. The bookmakers knew something was wrong when 11 bettors, nine of them from Russia, bet $ 7 million through a betting site on Martin Vassallo Arguello’s win.

At online sportsbook sites in France, bettors predicted that he would beat Nikolay Davydenko at the Orange Prokrom Open in Poland in 2007. The bets, ten times bigger than the average betting volume, were made after Arguello, then 87th in the world rankings, lost the first set to the Davis Cup winner and multiple-time Grand Slam semi-finalist Davydenko. However, Davydenko, who was in the top five at the time, gave up the match in the third set due to a leg injury.

The Russian was immediately suspicious of match-fixing, but he defended himself with an official medical paper about his injury issued by the ATP doctor. The betting platform reported the incident to ATP, and the organization launched an investigation. In the end, players were cleared of the charge. Nevertheless, every true tennis fan thought that they orchestrated the whole scene.

Even at Roland Garros

Police arrested Russian tennis player Jana Sisikova on suspicion of betting fraud on Roland Garros. After the 27-year-old Sisikova, alongside Yekaterina Alexander, lost to the Australian duo Ajla Tomljanovic and Storm Sanders in the first round of the women’s doubles at Roland Garros last year, police took her into custody. The Paris Public Prosecutor’s Office has been investigating her for bribery and organized gang fraud since 2020.

The suspicious match was in Roland Garros last year. With her American partner, Madison Brengle, they lost to Romanian duo Andreea Mitu by Patricia Maria Tig. There was a suspicious betting pattern after their first round. The two unusual double mistakes in the second game of the second set made matters worse. Bets on tens of thousands of Euros arrived for the match in favor of the Romanians before Sisikova’s mistakes. So, naturally, it aroused the authorities’ interest. They let her go, eventually, without charges.

Why is Tennis So Easily Manipulated?

Due to an investigation into the Wimbledon matches in 2021, the topic has now come to light again. A 2014 study at online sportsbook sites in France estimated that they manipulate one percent of first-round games in all tournaments, meaning bettors affect more than 20 matches a year. Another evaluation states that there will be more matches per week like this, although this is still an insignificant proportion of all professional tournaments.

There are several factors to consider as to why betting scams target tennis. Some also explain why players at the bottom of the pro list are more affected by the problem. The first, perhaps most obvious reason, is that tennis is an individual sport. At least when we don’t consider doubles matches. Someone only has to bribe one person to lose the game, and there are no teammates or substitutes to replace them.

You should also know that no one is accusing Roger Federer and Rafael Nadal at Wimbledon of cheating. One reason for this is that they carefully monitor matches like this, but more importantly, these players are very well-paid. So it would take a lot of money, if any, to make a difference at this professional level to influence the match. Also, the chances of getting caught are too high to risk participating in a scam this big. There are attempts, though. For example, Novak Djokovic said to 22bet Sportsbook that they offered him a hundred thousand dollars back in 2006 to lose a match.

Who Can Be Persuaded?

However, players in the Challenger Tour and other low-prestige tournaments are not earning as much. Plus, it can even be costly to participate in the competition due to travel and training costs. Traveling alone costs more than $ 100,000 a year for a player.  A full-time coach costs about $ 50,000 a year. So, if a tennis player realizes that they are good but can never be a real star, playing for bettors can easily give them a better life than trying to get into the top 10.

Because of the costs, the weaker players are actually in the minus after a tournament. So, taking a bribe can be more profitable for them than winning little amounts of money in a competition. This is why they are the primary targets of non-risk takers. The other problem is that bettors do not necessarily have to influence the outcome of a match to make a profit. Often the players do that themselves. As many betting sites and bookmakers offer bets on sets or individual games, players can make deals about certain events and specific times. So the scammers are satisfied, and the professional tennis players can also make a profit. It’s a win-win.

One common way of match-fixing is to play the first two sets based on a pre-arranged plan. While the third is already a fair game. The Tennis Integrity Unit’s task is to eliminate such incidents and determine how the players should behave. In March, Elie Rousset and Walter Trusendi got a six-month suspension and a fine for violating the anti-corruption rules despite not manipulating the outcome. Tennis players, as the number one betting scam targets, have to walk a thin line between right and wrong.  Do you think that the best female tennis players of all time have been part of match-fixing?

Whatever the Tennis Integrity Unit does, they are unlikely to be able to change the current gaming culture. This system encourages players in the lower half of the world rankings to help bettors who want to be sure of their winnings. Probably, the best solution would be to rethink the compensation system for professional tennis at all levels, but this will certainly not happen shortly. Sadly, you can find more and more news about tennis as a betting scam target at online sportsbook sites in France!