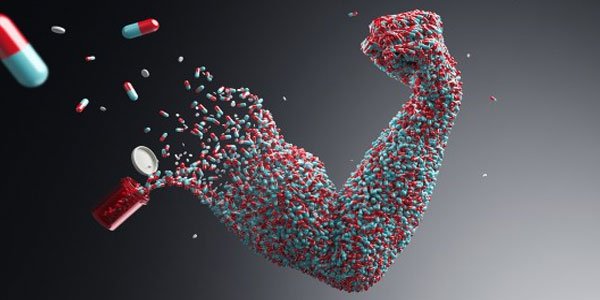 The influence of drugs on society is unquestionable this stands in stark contrast to sport where their influence has been entirely questionable from start to finish, and with a new sports drug scandal apparently lurking around every corner we countdown our Top 7.

On the face of it this seems a tad counter-intuitive. In society drugs have given us cures for diseases, inspired great works of art, music or literature, and allowed generations of people to cope with being around members of the previous generation for entire afternoons without resorting to physical violence.
In sport they’ve given us Diego Maradona.
Just how can something so positive and useful be such a harbinger of negativity?

The fact is, of course, that each new sports drug scandal underlines the one necessity of all sport, especially sport upon which we might wager at Bet365 or similar, and that’s a level playing field.

Those that like to bet on sports in the US, UK or anywhere else want to know they’re not at the mercy of an unseen, unfair advantage. Sadly far too many caught up in their effort to reach the top of the heap resorted to cheating, and here are seven of the most memorable.

Yes, he’s next to a MJ bush (Photo: High Times)

This Canadian gets on our list because he’s probably so stoned he’s forgotten it happened. Having won the first ever Winter Olympics gold medal awarded for snowboarding in 1998 he was found to have Tetrahydrocannabinol (the active portion of Marijuana) in his bloodstream and promptly had his medal taken off him, only to then have it given back after an appeal once it was had been clearly established that marijuana wasn’t actually on the Olympic organization’s list of banned substances. Classic.

No. 6 – The Mitchell Report

With 89 players named the US Senator’s report into the sports drug scandal that is steroid use in Major League Baseball was a knock to the reputation of the sport as a whole. With players from each and every team involved in what were termed “violations” the entire league appeared riddled with it, and amongst the recommendations made was the need for owners and clubs to negotiate an anti drug program “guided by modern and first-rate standards” which spoke much to their complicity.

Landis was banned for 2 years (Photo: AP via the Telegraph)

The proto-Armstrong, this American was on more than two wheels when he won the 2006 Tour de France and in 2010 finally came clean about it, after The Wall Street Journal had reported it, Not only did he admit his guilt but also pointed fingers at his fellow riders with tales of EPO usage and blood transfusions. This was by no means the worst sports drug scandal in cycling, but his accusations and the subsequent denials and counter-denials certainly made it one of the most dramatic at the time.

Yeah, we all know about this guy (Photo: NoFlex)

Most of us already knew Maradona was a cheat following his “hand of god” stunt in 1986 and his 15 month ban for cocaine use in 91/92, but even we weren’t gambling news reports would feature the tubby Argie being thrown out of the 1994 World Cup for being on what was described as a “cocktail of drugs” following random tests showed he was on not one but five different varieties of Ephedrine, an industrial strength stimulant. This ended his 17 year long international career of cheating for his nation.

In 1988 Ben Johnson powered over the line to set a record of 9.79 seconds for the 100m in the Seoul Olympics, however positive tests for steroids turned his win into the most dramatic sports drug scandal of the time. The IOC stripped him of his gold and gave it to Carl Lewis, who had (along with several other runners that day) it transpired also failed a drug test during Olympic trials. The only clean racer to medal that day was Calvin Smith who got bronze in what was a dark moment in Olympic history.

Lance Armstrong would be the poster-boy for every sports drug scandal in history if he didn’t have quite such a punch-inducing face. Having won the Tour de France seven times the American cyclist admitted in 2013 that he had used Erythropoietin, testosterone, corisone and human growth hormone in order to win. His confession to Oprah Winfrey was pathetically pitiful and he gallingly still refuses to pay back the millions in prize money he gained during a career of deliberate cheating to gain it.

You might think it’s just the Russians that are in trouble over athletics but you can bet your last dollar that they won’t have been the only ones and if you’re in the US gambling laws of random testing so abused by Russian officials will have been rigorously observed where your heroes come from, think again, recent allegations are just the start and new prez Seb Coe has already doubled the anti-doping budget for the IAAF which says it all about the size of the problem yet to be fully revealed.