Sports Games Corruption Not a Crime Under Bulgarian Gambling Laws

Fixing matches or games in sports or football is not against Bulgarian gambling laws and is not considered a crime. 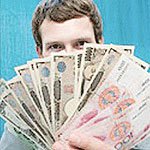 Just recently the Swiss based FIFA announced lofty plans to educate the rest of the world, and especially Asia, that corruption and bribery in sports will not be tolerated ( see: Swiss FIFA President Vows to End Illegal Sports Betting).

Sports organizations of the three largest European Union member states with the blessing of Interpol have combined their educational programs (see: Gambling Associations Team Up with Interpol to Teach Athletes Ethics) to teach players that it’s wrong to accept money from criminals or to bet against your own team.

Out of the proposed multi-million dollar offices in Singapore FIFA will monitor corruption and educate players to ensure the fairness of each football game. As the saying goes – ‘don’t throw stones if you live in a glass house.’ A short drive from FIFA headquarters in Zurich is the ancient European country of Bulgaria, where football is the way of life.

During a recent press conference which announced a successful raid on organized crime controlled and illegal online sportsbooks in Bulgaria, an interesting revelation came to light. It is perfectly legal to fix sports games in Bulgaria since it’s not against the law.

According to Boris Velchev, Bulgaria’s chief prosecutor – “No match-fixing charges can be pressed in Bulgaria, because it is not a crime. If fixing a sports game could be linked with fraud or money laundering then we will prosecute under those charges, but match fixing is not a crime in Bulgaria.”

The Bulgarian Interior Ministry, Football Union, Gambling Commission and Prosecutor’s Office are coming up with a plan to include an anti-match fixing provision into Bulgarian gambling laws.

Surprisingly there is even heavy opposition from lawmakers against such a law. A proposed bill that would have made match-fixing a criminal offense was shelved on March 31.

FIFA could save millions of dollars by constructing their new education complex in Bulgaria to first educate their fellow Europeans about sports corruption and match fixing than harassing Asians.

But then again, FIFA executives would much rather spend their time in sunny Singapore educating the polite locals than preach morality in the crime ridden inner cities of Bulgaria.