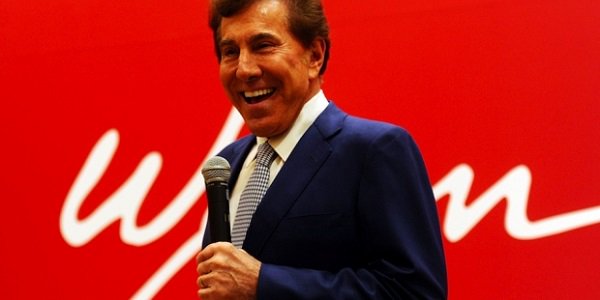 Nowadays in U.S. gambling news, you may find Steve Wynn on top of important matters such as selecting a singer for his resort’s presentation of “Showstoppers” or working out a plan to help rejuvenate Boston’s metro system. Whether seen as a hero or villain, Steve Wynn has definitely come a long way from the bingo parlors of New Haven, Connecticut. The American Gaming Hall-of-Famer is worth USD 3.2 billion, according to online casinos.

Having overseen some of the most notable casinos that define Las Vegas such as the Golden Nugget, Mirage, Bellagio and Treasure Island, Wynn has definitely left his mark in the fabric of American culture. With resorts in Macau, Harvard Business review named Wynn the 17th “best performing CEO in the world. Let’s take a look at how this powerhouse in the casino resort industry came to be.

Steve was born in 1942 with the last name Weinberg. In order to avoid anti-Semitism, his father changed the family name to Wynn before he was two. Raised in Utica, New York, Wynn attended a private boys school near Syracuse. Wynn graduated and attended the University of Pennsylvania. Unfortunately shortly before he graduated his father died of a heart condition.

Graduating with a Bachelor’s Degree in English Literature, Wynn was forced to work for his father’s bingo parlor in order to pay the 350,000 dollars his father left in debt. It didn’t take long before Wynn expanded the business. After having a family, Wynn took them to Las Vegas in 1967 where he was able to use his financial success from the family business to buy a stake in the Frontier Hotel and Casino.

Wynn soon met the powerful E Parry Thomas, who was president of the Bank of Las Vegas. This was of particular importance because it was the only bank in Las Vegas that would extend loans to Las Vegas Casinos within US gambling laws. In time, Thomas would become a financier for several of Wynn’s land deals. Wynn also spent time operating his wine and liquor company which he started the year before.

From a land deal involving Howard Hughes and Caesars Palace, Wynn was able to gain controlling interest in the Golden Nugget Las Vegas. This is one of the most recognizable and oldest casinos in Vegas. After Wynn applied numerous innovations and adjustments, the new resort hall/casino proved to be incredibly successful. Wynn was a pioneer in the techniques he employed to bring more upscale clientele to downtown Vegas.

Steve Wynn ventures out of Vegas to continue his empire

Once he became majority shareholder of the Golden Nugget, Wynn became the youngest casino owner in Las Vegas. Wynn’s casino became a favorite for many notables such as Frank Sinatra, who performed there on a regular basis. Gambling news was made when Atlantic City “got the green light” to allow casino gambling in 1976. Wynn’s aspirations followed as he started to build another Golden Nugget in Atlantic City, New Jersey.

The casino would become the first in Atlantic City that was built from scratch and the only “locals’ casino.” Joel Bergman designed the Golden Nugget as it became Atlantic City’s sixth casino. At the time of its opening the Golden Nugget was the smallest casino on the boardwalk, but within five years it was the city’s most affluent gambling spot. The Mirage debuted in Las Vegas 1989 and was the first casino in which Wynn was directly involved with the design and construction, which was financed with high-yield bonds.

The 360 million-dollar project was considered a high risk but proved successful. The erupting hotel volcano and South Seas theme started a precedent in which hotels would revolve around themes to better attract families. Apart from the appearances, the Mirage was the first casino equipped with security cameras on all casino tables that operated all the time. In its efforts to be a leader in entertainment, Siegfried and Roy, internationally known Tiger trainers, made their home at the Mirage.

Before long, high-yield bonds became a standard practice as Wynn ushered in the immense construction explosion in Las Vegas that cost around USD billion dollars.
Treasure Island, Wynn’s next resort venture, would cost 450 million and be complimented it with “family friendly” features, such as pirate ships and pools. Wynn made Treasure Island the home of Cirque du Soleil, which became routinely ranked as the best production show by the Las Vegas Review Journal reader’s poll.