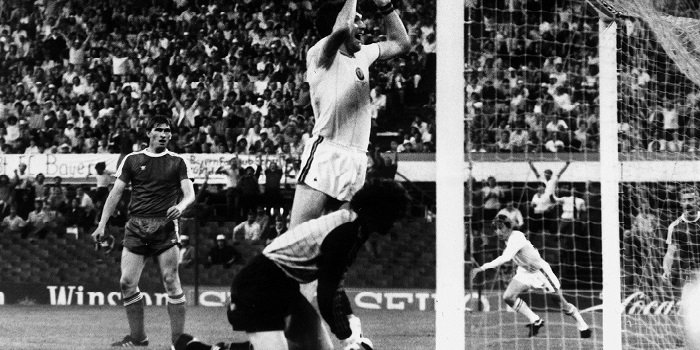 We were aiming to collect the most important and the most spectacular goals of the Champions League finals.

Just before the upcoming Champions League final between Juventus and Barcelona,

we will introduce the most beautiful and the most important goals in the finals of the Champions League. It is not an easy job, as the most prestigious European club tournament is always filled with the best clubs, so it is expected of the last matches of this competition to bring great spectacular.

Ajax won against Juventus in 1973

Ajax is one of the most successful teams in European club football, according to the reports of Dutch gambling news. Having won the Champions League 4 times rises them among the elite football teams with the best history, and even though they are not a strong force in recent times, their history still deserves all the respect.

They have triumphed 3 of their 4 successes in 3 consecutive years, in 1971, 1972 and 1973. Johan Cruijff was one of the main factors in the impressive march of the Dutch team. Their Champions League trophy in 1973 came against Juventus, where they scored only one goal – a perfect center to the right, Johnny Rep jumps higher than anyone and heads the ball to the long corner. Unsavable header!

In the next year’s edition, it was Bayern Munich to play against Atletico de Madrid in the Champions League final. Online sportsbooks agree that Die Roten were clear favourites and they would be given preferential odds for a win if the final was played today.
The Bavarian side trashed Atlético easily by 4-0 on the rematch, as they tied 1-1 on the first encounter.

In addition, all the goals they scored were quite a nice spectacular. Uli Hoeneß opoened the list by running down the right flank and putting the ball in the net between the legs of the goalkeeper. After that, legendary German striker Gerd Müller scored twice – he got the ball in the penalty area, and shot the top long corner from a narrow range shot.

A bit later he received an amazing ball and scored in the most elegant way – he shot the ball which went slowly above the goalkeepers head. He had no chance of saving. And after starting, Uli Hoeneß closed the goal-flood by dribbling through 2 defenders and the keeper, only to pass the ball in the empty goal, according to mobile betting sites in Germany.

Bayern won the trophy once again in 1976, and then it was the pleasurable moments for English football fans. First it was Liverpool to win the tournament and defend their title the next year (1977-78), then Nottingham Forrest did the same right after that, in 1979-80. And English club kept dominating until 1982 – Liverpool won again in 1981, and Aston Villa triumphed in 1982.

In 1978, the only goal scored in the encounter between Liverpool and Bruges was scored by the Reds Scottish striker, who later became manager of his former club. Daglish received the ball in front of the goal perfectly, between 5 defenders. His only remaining job was to beat the keeper, and he did not fail to do that: he put the ball into the net with an elegant movement above the rushing goalie.

online gambling sites in the UK report that in 1979 and in 1980, it was also only one goal to decide about the trophy’s destiny. In 1979, it was a fine header from very close by Nottingham’s number 7, Trevor Francis, that put Malmö in the runner-up position, while in 1980 it was Hamburg SV who suffered a defeat due to a perfectly placed shot from John Robertson.

The next two finals also brought only one goals in the finals. Liverpool palyed against Real Madrid in 1981 and Alan Kennedy, the left back has broken in the penalty area on the left flank and decided the game with his impressive goal. The Champions League final in 1982 ended with Aston Villa defeating Bayern Munich with only one amazing goal. Tony Morley dribbled the last midfielder and centered to Peter White, who arrived alone, and passed the ball into the net.